The popular bartender of the Cat’s Tail. 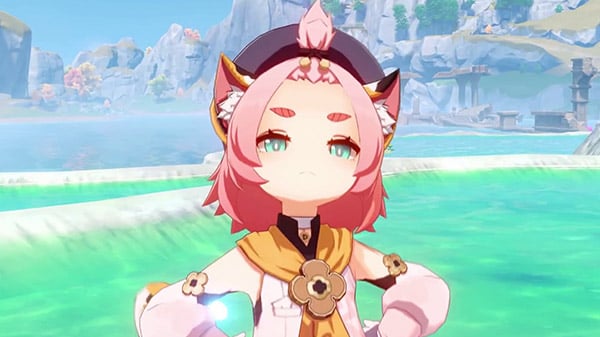 miHoYo has released a gameplay trailer for Genshin Impact character Diona, who is due out as part of the version 1.1 update on November 11.

“Diona, bartender of the Cat’s Tail! I charge a hefty fee for private events… huh? You didn’t come here for a drink?”

The incredibly popular bartender of the Cat’s Tail tavern, rising star of Mondstadt’s wine industry, and the greatest challenger to its traditional powerhouses.

Yet given her extreme distaste for alcohol, is her talent a blessing or a curse?

And here is an additional overview, via the miHoYo forums:

“I’ve been bitten by a cat!” – Elzer, Dawn Winery’s butler, shortly after complimenting Diona’s cocktail-mixing abilities in an attempt to coax her into a business partnership.

The incredibly popular bartender of the Cat’s Tail tavern, rising star of Mondstadt’s wine industry, and the greatest challenger to its traditional powerhouses…

Such is Diona’s image in the eyes of her clientele.

Yet this feisty feline young lady from Springvale prefers to see herself as the “Wine Industry Slayer.”

That ambition is reflected in her bartending philosophy: “I’m gonna ruin the taste of alcohol for everyone, for good!”

This subtle contradiction comes from a blessing—or, in Diona’s mind, probably more of a curse—that has been placed upon her:

For any drink mixed by her hand is destined to taste delicious beyond belief.

Nevertheless, to this day, her deep distaste for alcohol prevents her from giving up her mission.

Devoted to concocting the most disgusting drink in the world that will single-handedly destroy Mondstadt’s wine industry, Diona has been concentrating all of her efforts on this pursuit.