Action adventure game due out in 2021. 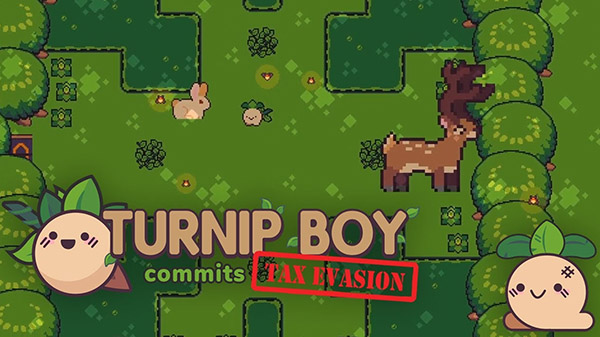 “Turnip Boy was inspired by a number of classic Nintendo games and we’re thrilled that we can bring our game to the Switch,” said Snoozy Kazoo developer Yukon Wainczak in a press release. “We can’t wait to see what Nintendo fans think of Turnip Boy and we hope it can become the next great action adventure game in their games catalog.”

In Turnip Boy Commits Tax Evasion, players take control of an adorable turnip who happens to be an absolute menace to society. After failing to pay taxes and getting evicted from his home, Turnip Boy must go on an epic quest to pay back his massive debt to Mayor Onion. Garden tools to solve plantastic puzzles, meet eccentric vegetables and fruits, and take on treacherous fights. Along the journey uncover what’s spoiling this garden community and rise to tear down the corrupt vegetable government!

Transient for PC launches October 28 Previous post
Azur Lane: Crosswave for Switch launches in February 2021 in the west Next post