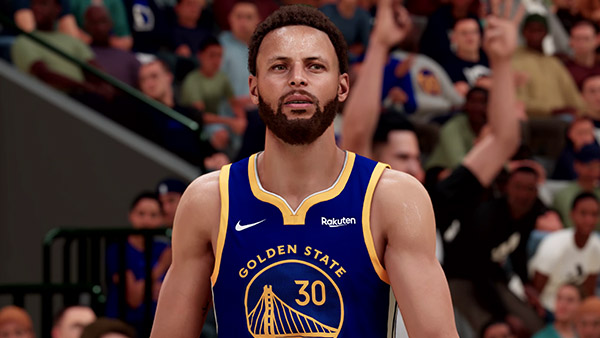 2K Games has released the gameplay reveal trailer for the next-gen versions of NBA 2K21, which was captured entirely on PlayStation 5.

Here is an overview of the trailer, via 2K Games:

Today’s video features a raw look at next-gen gameplay for NBA 2K21, presenting an exhibition game between the Golden State Warriors and the Dallas Mavericks. Players are brought right up to the action on the hardwood—as if they suited up themselves—and the game is brought to life thanks to new AI systems that power every single person in the arena! From here, the new Rail Cam presents NBA 2K21 gameplay in a dynamic and visually stunning fashion, elevating the game to new immersive heights.

The next-gen version of NBA 2K21 is positioned to be an awesome leap forward and the largest game in franchise history. So much has been expanded and improved upon, including:

Starting October 7, 2K Games will break down all of the new next-gen gameplay-specific features of NBA 2K21 across three “Courtside Reports” That cover core gameplay, new movement, and the “Impact Engine,” as well as artificial intelligence and major changes to the MyPLAYER Builder. And in the coming weeks, the company will share new features for MyCAREER, the WNBA, MyGM, and MyLEAGUE, as well as in-depth look into “what will be the biggest expansion of NBA 2K’s online basketball community feature yet: the experience formerly known as the Neighborhood.”