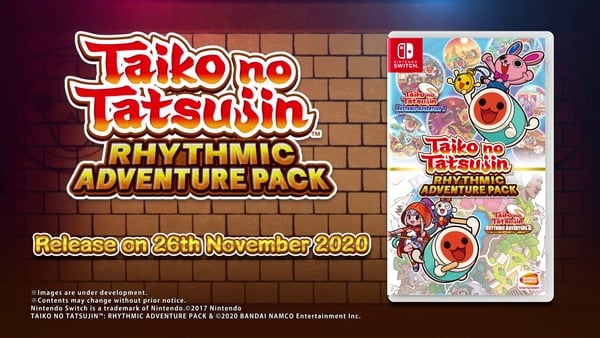 Taiko no Tatsujin: Rhythmic Adventure Pack will launch for Switch on November 26 in Japan and Southeast Asia, Bandai Namco announced.

In the west, the game is due out this winter. Given the fact that it is a digital-only release in the west, it is possible it will also launch on November 26. However, Bandai Namco have yet to make an official announcement.

Watch a new set of TV commercials below.