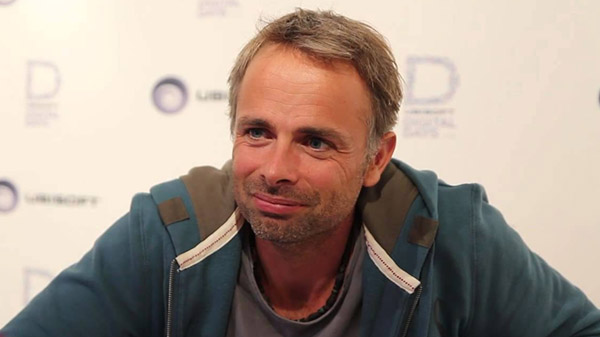 Michel Ancel, creator of Rayman and Beyond Good and Evil, has left the video games industry to work in a wildlife sanctuary, he announced.

The two projects Ancel was working on—Beyond Good and Evil 2 from Ubisoft Montpellier and WiLD from Wild Sheep Studio—are still in development by their respective teams and “going super well,” according to Ancel. “Beautiful things to be seen soon,” he said.

Today is very special for me. After more than 30 years, I’ve decided to stop working on video games and fully focus on my second passion: wildlife! My new project takes place in the real world and consists in a wildlife open sanctuary dedicated to education, nature lovers, and… wild animals.

Many of you might want to know what will happen to WiLD and Beyond Good and Evil 2. No worries, since many months now the teams are autonomous and the projects are going super well. Beautiful things to be seen soon.

May the fox be with you.

Beyond Good and Evil 2 senior producer Guillaume Brunier also posted an update on the game in light of Ancel’s retirement, noting that Ancel has not been directly involved in the project “for some time now.” He wrote:

Hello Beyond Good and Evil fans and Space Monkeys—As we said recently, Beyond Good and Evil 2 is well underway and we are currently concentrating on core development and production milestones. With that in mind, we wanted to let you know about some changes to the team and give you an update on our next milestone.

Team changes: As he said via Instagram today, Michel Ancel has decided to stop working in video games in order to focus on other personal projects, and will no longer be part of the Beyond Good and Evil 2 team. For years, Michel imparted his creative vision and helped us remain faithful to Beyond Good and Evil‘s incredible universe. His uncompromising passion pushed us to redefine what was possible in crafting an expansive, multicultural, and futuristic science-fiction world. As we move forward, we are all committed to remaining true to this vision.

As Michel noted, he hasn’t been directly involved in Beyond Good and Evil 2 for some time now, as the team have been hard at work building on top of the solid creative foundation he helped shape. The team’s collective strength has us well on our way to developing a flagship next-generation action-adventure game. We recently passed an important internal milestone, delivering a build that proves our Space Pirate Fantasy and offers hours of gameplay and an incredible level of freedom in a seamless online sandbox, building upon the promise of our tech demos shown at E3. I’m incredibly proud of the team’s perseverance, dedication to each other and ongoing commitment to developing an amazing game.

We still have a lot more to do to, and we’re ramping up the size of the team to help. We recently added Ubisoft Paris as a partner studio, and in the past six months many new people have joined us here in Ubisoft Montpellier. If you’re interested in being part of the team, visit our careers site and search for keyword “Beyond Good and Evil 2.”

Next milestone: We are aiming to share more and show you the game in action sometime next year, once we pass our next internal production milestones.

We know many of you are eager to hear more from the team, get more detail on the story and universe, and try out the gameplay. We’re equally excited to share all of that with you, but we will take the time needed to get it right. We want to go beyond the high expectations you have of us, and that we have for ourselves.