DIRT 5 for PS4, Xbox One, and PC delayed to November 6

No longer due out on October 16. 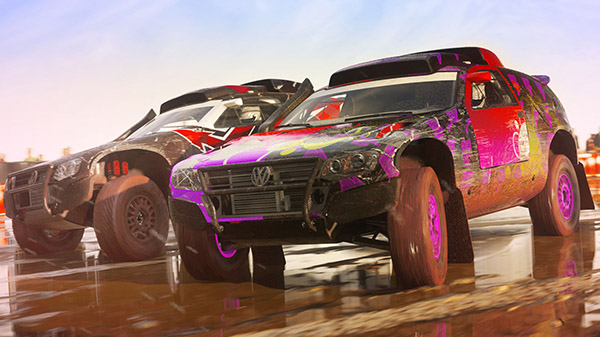 Codemasters has delayed DIRT 5 from its previously planned October 16 release date across PlayStation 4, Xbox One, and PC (Steam) to November 6. Users who purchase the “Amplified Edition” will receive three days early access on NOvember 3. The PlayStation 5 and Xbox Series X versions are still due out later in 2020, with a free upgrade available to users who purchase the game on existing platforms. A Stadia version will follow in early 2021.

Here is Codemaster’s message on the delay:

Hey everyone, The release date for DIRT 5 on Xbox One, PlayStation 4, and PC has now moved to November 6, 2020, with early access for Amplified Edition players starting on November 3. The game is still set to launch on Xbox Series X and PlayStation 5 later this year, followed by Google Stadia in early 2021.

It sucks, we know. Seriously, we can’t thank everyone enough for your support and excitement around DIRT 5, ever since its reveal back in May. The positive feedback we’ve received from hands-on preview sessions has blown us away, too. The start line is now a little further away, but it’s still very much in sight.

Don’t forget: anyone who owns DIRT 5 on current-gen consoles will still be entitled to the relevant next-gen optimized version, when it launches, free of charge.