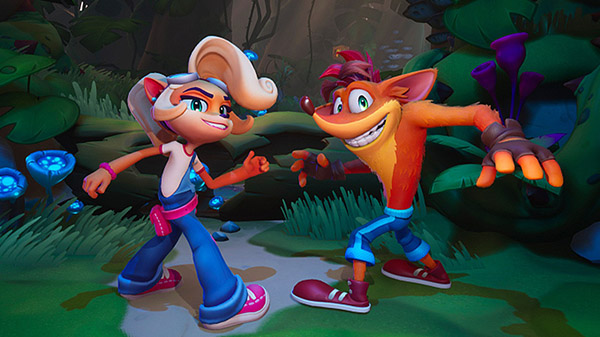 According to the article, both modes will support two to four players, with Crash, Coco, Fake Crash, and Fake Coco as playable characters. The following modes will be available:

This is a cooperative mode that allows up to four players to switch control from one player to the other progress through the game’s main story levels together in either their standard versions or in the N. Verted mode variations.

These modes will not offer any online leaderboards and clears all stats following a multiplayer session.

Crash Bandicoot 4: It’s About Time is due out for PlayStation 4 and Xbox One on October 2. A demo is available now for users who pre-order the game digitally. Read more about the game here, here, here, and here.