Crash Bandicoot 4: It’s About Time announced for PS4, Xbox One

Due out on October 2. 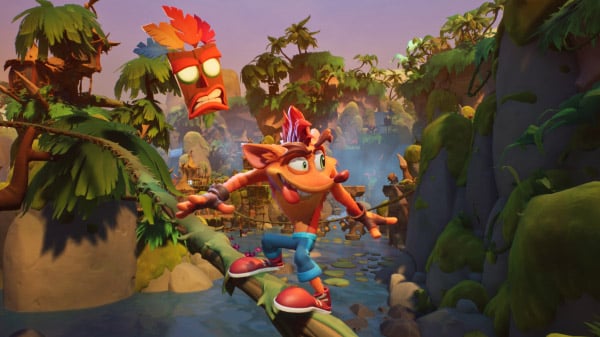 Publisher Activision and developer Toys for Bob have announced Crash Bandicoot 4: It’s About Time for PlayStation 4 and Xbox One. It will launch on October 2 for $59.99.

“Crash Bandicoot 4: It’s About Time stands on the shoulders of the core precision gameplay we all fell in love with in the ‘90s,” said Toys for Bob co-studio head Paul Yan in a press release. “This epic new adventure spans space and time, introducing new ways to platform that both long-time fans and new players alike will enjoy mastering. Get ready to fall in love with the mutant marsupials all over again!”

Activision president Rob Kostich added, “Our teams have delivered two awesome remastered Crash Bandicoot experiences and the community passion for the series continues to be incredible. Now it is time to turn the page and give players something entirely new. Loyal fans have been patiently waiting to see the journey continue for their favorite marsupial, and we’re giving players the completely new experience they deserve with Crash Bandicoot 4: It’s About Time.”

Bandicoots get ready fur it, Crash is moving 4-ward into 2020 with a brand-new game—Crash Bandicoot 4: It’s About Time. No, literally! Capturing the spirit of the series that fans know and love, everyone’s favorite marsupials are back and putting a fresh spin, jump and wump on conflicts of cosmic proportions, discovering expansive new worlds, unexpected allies, larger-than-life boss battles and powerful new Quantum Masks that must be unite to restore order to the multiverse.

Watch the announcement trailer and first gameplay footage below. View the first screenshots at the gallery. Visit the official website here.

Likou ⋅ Yakuza: Like a Dragon for PS5 launch trailer ⋅ 2 minutes ago

Likou ⋅ Yakuza: Like a Dragon for PS5 launch trailer ⋅ 4 minutes ago