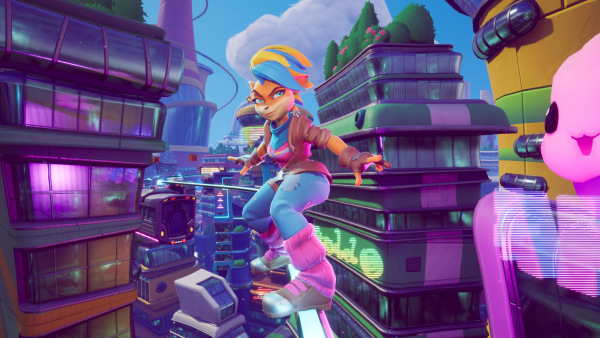 Publisher Activision and developer Toys for Bob have will release a Crash Bandicoot 4: It’s About Time demo to users who digitally pre-order the game for PlayStation 4 or Xbox One on September 16, the companies announced.

The demo will include two levels from Crash Bandicoot 4: It’s About Time, featuring Crash Bandicoot and Neo Cortex as playable characters. It will also let users experience some of the new Quantum Masks: “Kupuna-Wa” to control time and “Lani-Loi” to phase objects in and out of existence. The demo will be available to download until the game’s launch to all users who pre-order the game digitally, past or present.

Additionally, the PlayStation Blog has gone up with the first gameplay video and information on playable character Tawna Bandicoot. Here are the details:

In Crash Bandicoot 4: It’s About Time, our heroes Crash and Coco set off on an action-packed adventure across space and time where they encounter more than a few familiar faces from the classic N. Sane Trilogy. One character that we were really excited to shine the spotlight on in this new story was Tawna Bandicoot.

Appearing only in the first game of the trilogy as Crash’s girlfriend, Tawna was the damsel in distress archetype and we never got to really learn much about her. Early on in Crash Bandicoot 4: It’s About Time, Crash and Coco cross paths with a Tawna from what we at Toys For Bob have been calling the “Tawnaverse,” an alternate dimension where she is the hero in her own story. This gave us the opportunity to rethink Tawna and establish a clear new voice for her in Crash 4. 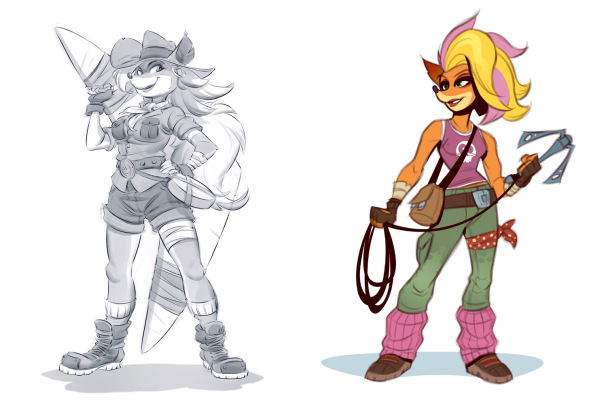 To make “Tawnaverse” Tawna a fully fleshed out character, we had to answer some core questions about her: How is this Tawna different from the one we already know? What happened to her that made her this way? What are her key personality traits? What does she sound like? If Tawna is the hero of her universe, how would she respond to different situations?

The answers to these questions, and many more, helped us to discover a strong, dynamic & multi-dimensional (literally) version of Tawna that’s fierce and aspirational. What’s even more exciting is that in Crash Bandicoot 4: It’s About Time you will actually be able to swing into action as this new Tawna! Joining Neo Cortex and Dingodile as a playable character, Tawna has her own unique playstyle and an exciting new look as well… 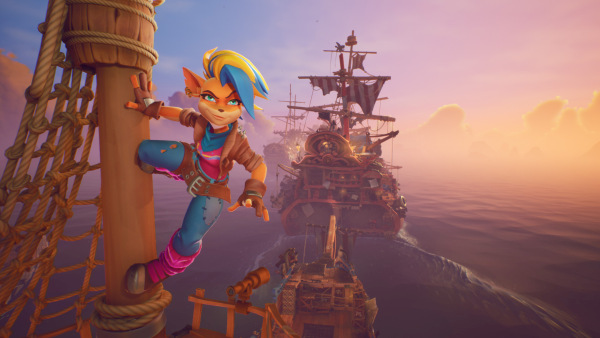 As an alternate universe character, we had a tremendous amount of creative freedom to re-envision Tawna. This Tawna is an experienced adventurer, a daring, driven, and confident hero. She needed to exude strength and dexterity, so we looked towards powerful athletic bodies as inspiration for her physique. She is a lone wolf who likes to think that she doesn’t need anyone’s help, and we wanted that to come across in all aspects of her look, from her outfit to her range of expressions. 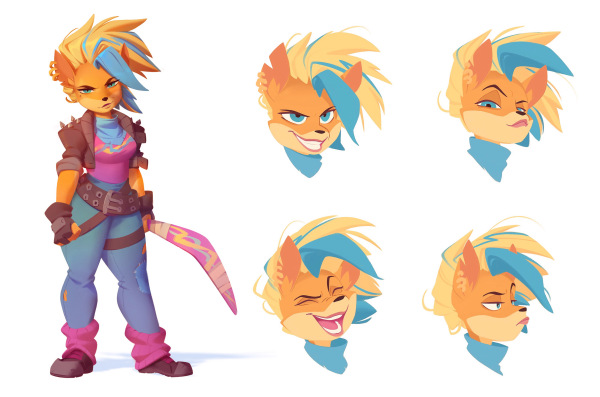 We iterated on her design for quite a while with early concepts ranging from an Australian outback adventurer, to a tough as nails rock climbing daredevil, before finally finding our Tawna. The quirky mix of her spiked leather jacket, punky half shaved, blue-dyed hairstyle. and bright pink leg warmers shows a woman who walks to the beat of her own drum. Everyone on the art team, from concept artists, to character modelers, to the amazing riggers and animators did an amazing job bringing her to life!

While we’re super excited about Tawna’s cool new look and the pivotal role that she plays in the story, we’ve also designed an awesome new playstyle and move set for her. Each of the three new playable characters in Crash 4 has a unique way to move about and interact with the world. Dingodile uses his vacuum to give himself an extra floaty jump, Neo Cortex has a speedy forward dash move, and Tawna is no exception.

Equipped with a versatile hook-shot ability that allows her to quickly traverse levels and attack enemies and break crates from afar, Tawna feels as powerful and exciting as she looks. She also has a devastating ground-pound attack, spin kicks, and can reach new heights with her acrobatic wall jump. Playing as Tawna feels fast, fluid, and fresh, while still retaining the precision and intensity that makes Crash Bandicoot such a unique platforming experience. 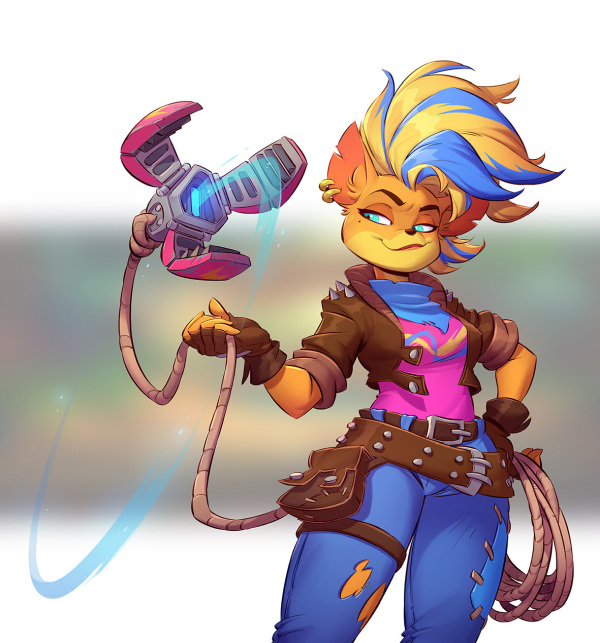 The new Tawna holds a special place in our hearts at Toys for Bob. As game developers, we’re passionate about telling stories and creating characters that delight and inspire. We seek to promote and expand upon the representation of female characters in games, and think that this new Tawna is a complex and aspirational hero that all players will fall in love with. We can’t wait for everyone to experience Tawna when she leaps into action in Crash Bandicoot 4: It’s About Time.

Crash Bandicoot 4: It’s About Time is due out for PlayStation 4 and Xbox One on October 2. Read more about the game here, here, and here.

Kuronoa ⋅ Mercenaries Blaze: Dawn of the Twin Dragons for Switch launches December 17 in the west ⋅ 3 minutes ago

Kuronoa ⋅ Mercenaries Blaze: Dawn of the Twin Dragons for Switch launches December 17 in the west ⋅ 4 minutes ago
Latest Open Forum