Now due out day and date with Xbox Series platforms. 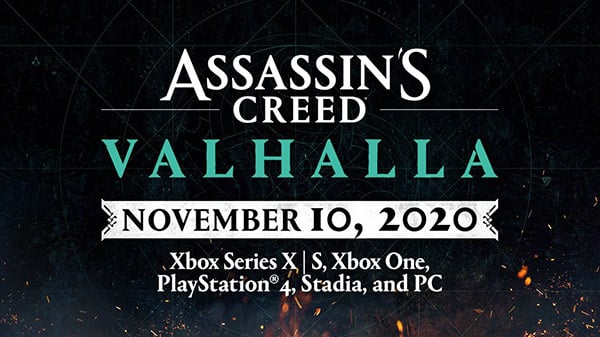 Ubisoft has moved up the release date of Assassin’s Creed Valhalla, which was previously set for November 17, to November 10 for Xbox Series platforms, PlayStation 4, Xbox One, PC (Epic Games Store and Uplay), and Stadia. A release date for the PlayStation 5 version has yet to be announced.