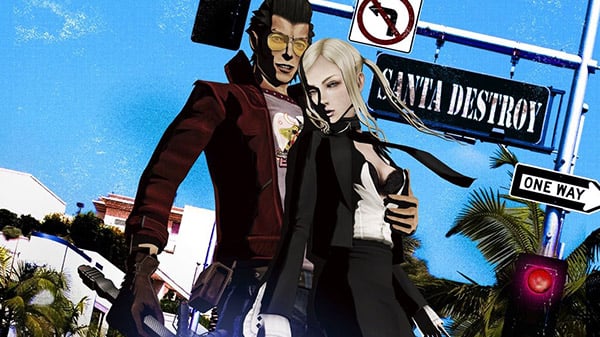 The Taiwan Digital Game Rating Committee has rated the original No More Heroes for Switch.

No More Heroes first launched for Wii in December 2007. An enhanced version of the game, No More Heroes: Heroes’ Paradise, was released for PlayStation 3 and Xbox 360 in April 2010.

Back in July 2019, Dengeki PlayStation asked No More Heroes series director Goichi “Suda 51” Suda if there were any plans to make previous entries in the series available on PlayStation 4, to which he responded, “Yes. We’re currently in talks with [intellectual property holder] Marvelous to make that happen. It’s in positive consideration, so I hope we’ll be able to make a good announcement.”

Here is an overview of the game, via Wii version western publisher Ubisoft:

No More Heroes tells the story of Travis Touchdown, an anime fan who lives in the fictional town of Santa Destroy, California. After an unexpected turn of events, Travis finds himself at the bottom of an Assassins’ organization. Travis will have to prove himself worthy and defeat 10 other bloodthirsty killers – all with deep stories of their own – to make his way to the top of the assassins league.