The final game promised to Kickstarter backers gets a release date. 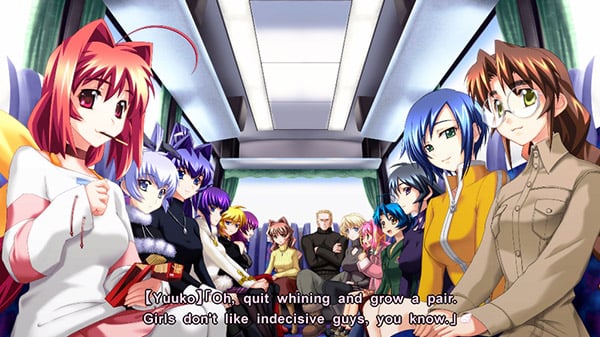 Muv-Luv photonmelodies will launch for PC via Steam on July 30 for $29.99, publisher aNCHOR announced.

The Muv-Luv fan disc, which contains three stories from the world of Muv-Luv, first launched for PlayStation 3 in August 2014 in Japan.

Here is an overview of the game, via aNCHOR:

photonmelodies depicts the end of the journey for Muv-Luv protagonist Takeru, an ordinary high school student who finds himself trapped in another world and caught up in a brutal war against alien invaders called the BETA. The series is famous for its brutality, gore, and unflinching depiction of trauma and the realities of war. Now, in photonmelodies, Takeru has returned home to his peaceful life in Japan, and the girls he loves are all waiting for him.

A more lighthearted take on the Muv-Luv universe than previous games, photonmelodies still has the same things that make the series great.

The game also contains two additional stories that expand further on the Muv-Luv universe: Adoration, a story about Europe’s struggles against the alien BETA onslaught, and Resurrection, a story about a cybernetic spy infiltrating a Japanese base.

Contains Three Fantastic Stories from the World of Muv-Luv