The protagonist of this story is a lab rat, who died following an experiment one night and encounters the Rat God in the world of the dead. 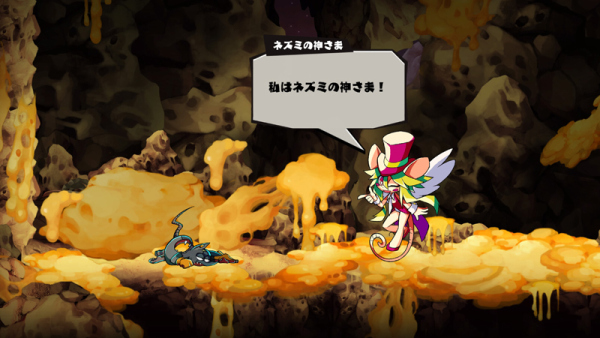 Granted the opportunity by the Rat God to redo his “final day,” Mad Rat vows to get revenge on humans and die without regrets. 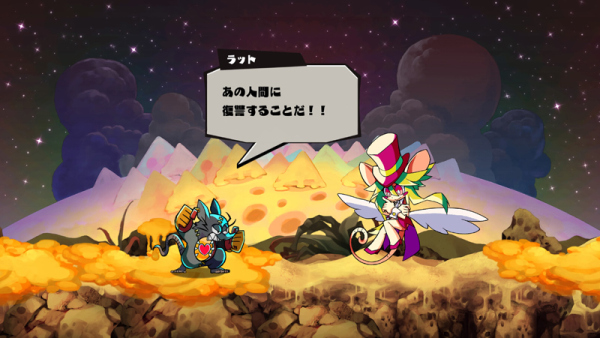 Mad Rat was brought back to the morning before he died, and after escaping from the cage that imprisoned him, begins his quest for revenge. 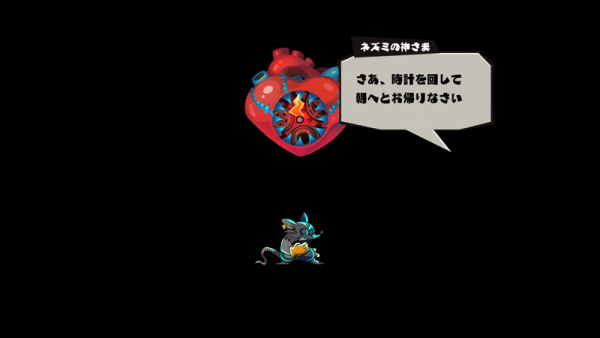 Finally free, Mad Rat also seems to be able to talk to his heart. Is Mad Rat crazy? Will he be able to achieve his revenge unscathed? 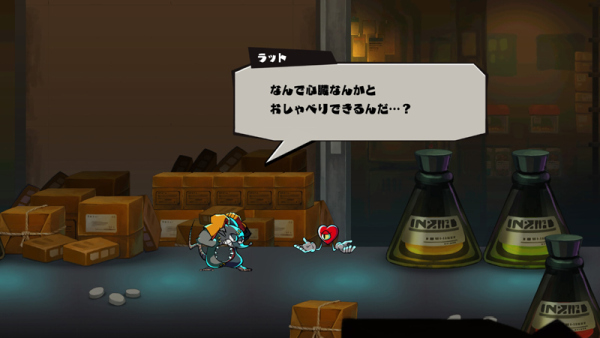 “Nightmares” will obstruct Mad Rat’s way forward throughout each stage. They are dangerous, but you can beat them one by one through rhythmic movement.

But if Mad Rat runs into a Nightmare, he will die. 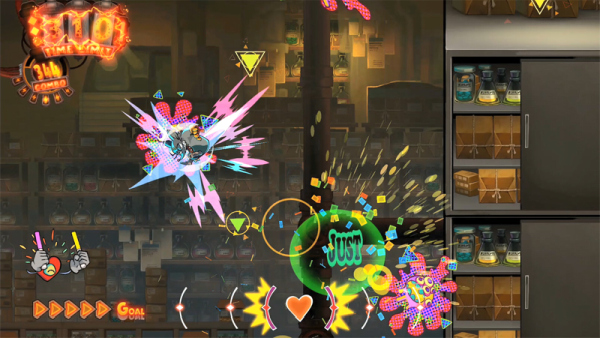 When attacking a Nightmare, Mad Rat will jump in reaction. Utilize this to move freely throughout the air. 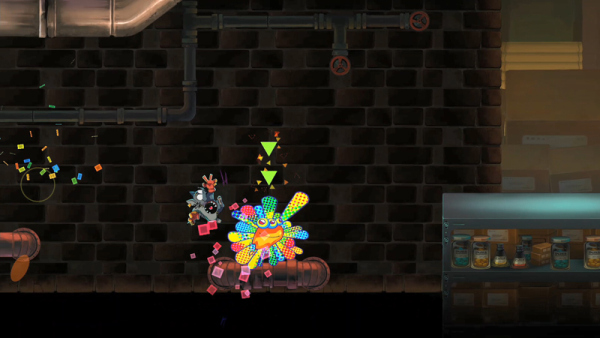 Many accidents will fall upon Mad Rat!

Humans live in dangerous places for a rodent like Mad Rat. Overcome various accidents during each stage to carry out your revenge. 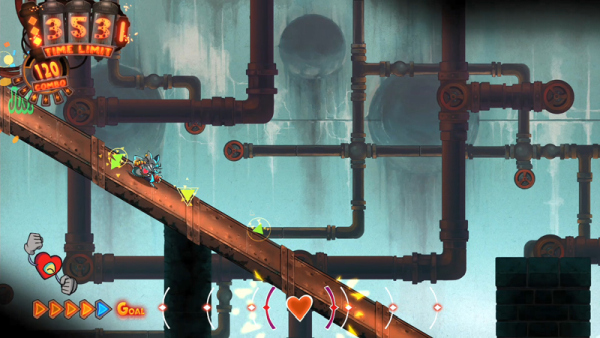 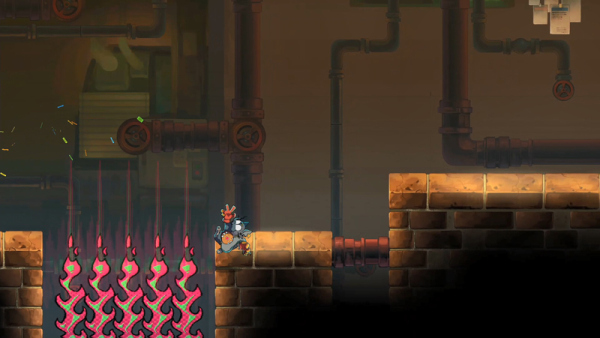 Slide down a slope, ride the wind in the sky, and enjoy other high tempo actions throughout each stage. 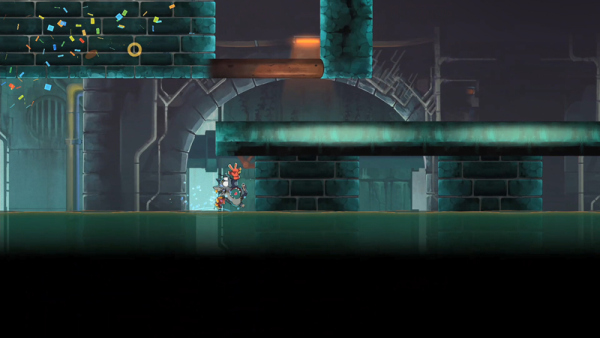 Did you get hit? No worries, just use the rewind function!

If you lack skill in rhythm and action games, then no worries, just use the “rewind” function. If a Nightmare kills you, you can simply rewind to your preferred location a few moments prior.

—If a Nightmare kills you… 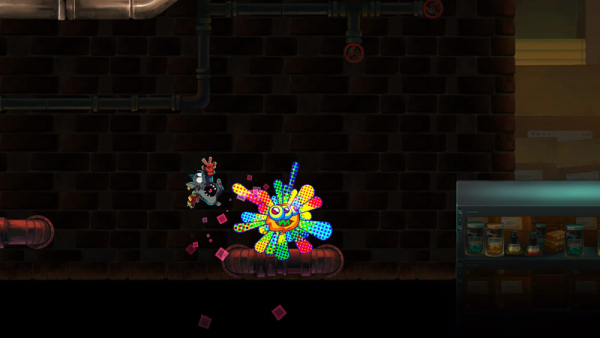 —And your heart jumps out… 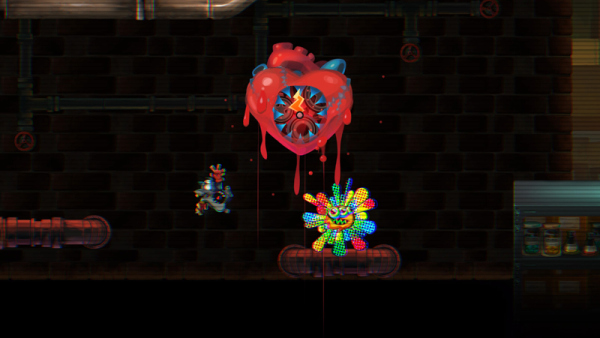 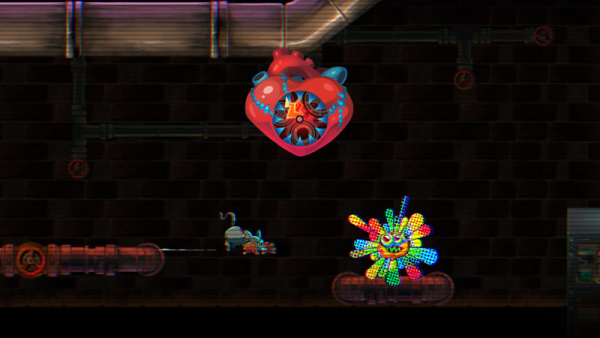 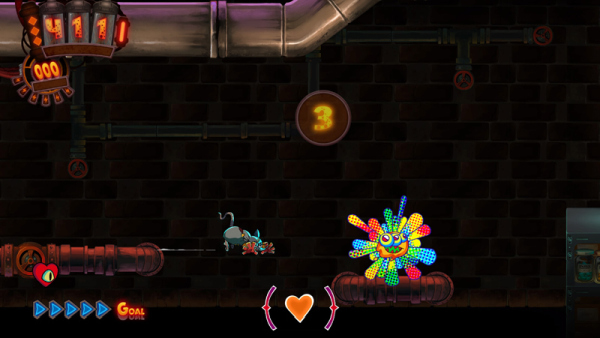 You can also call out your heart yourself, which comes in handy for practicing specific parts.

Build up “Dream Power” to hype up Mad Rat!

Throughout each stage is a cheese-shaped item called “Dream Power,” which restores the time limit when picked up. 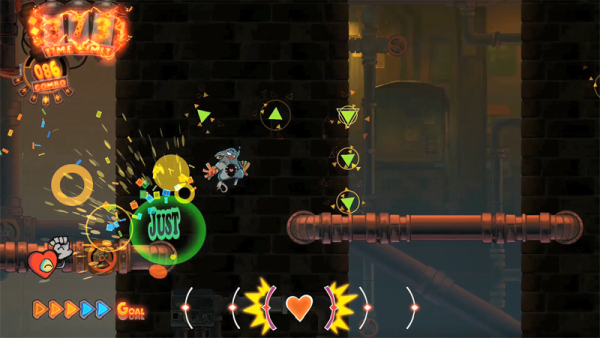 In addition to “Play” mode (story mode), there is also a “Stage Select” mode (freely select a stage and song), and “Sound Test” mode (listen to each song). 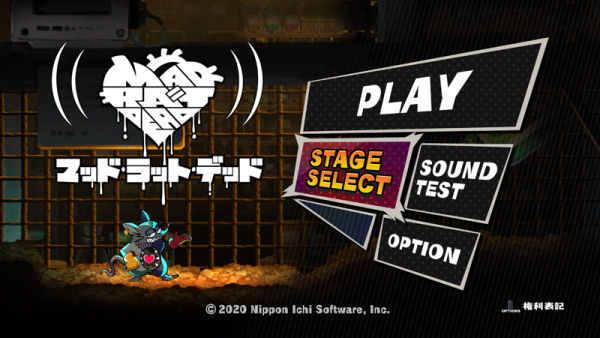 Play through Mad Rat’s adventure. Mad Rat will progress through each stage by performing rhythmic actions to the beat of each song. 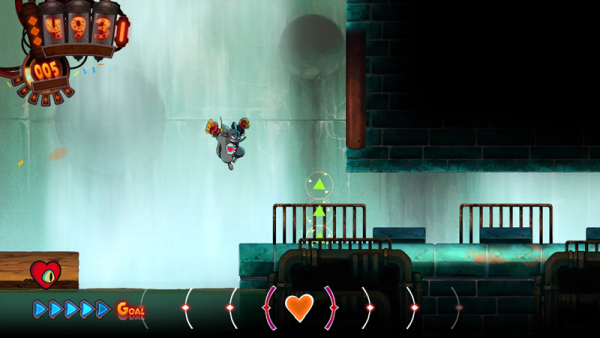 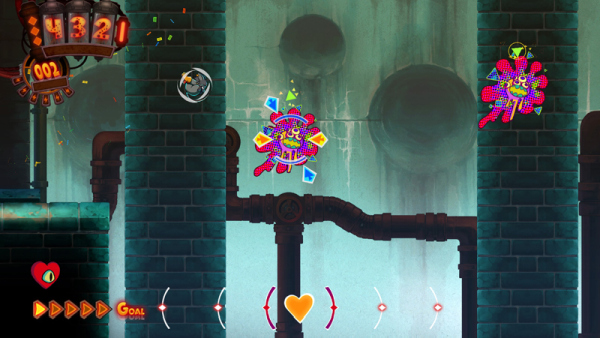 Each stage’s cutscenes feature amusing interactions between Mad Rat and his heart. What outcome awaits this unlikely duo? Overcome the game’s many stages to find out! 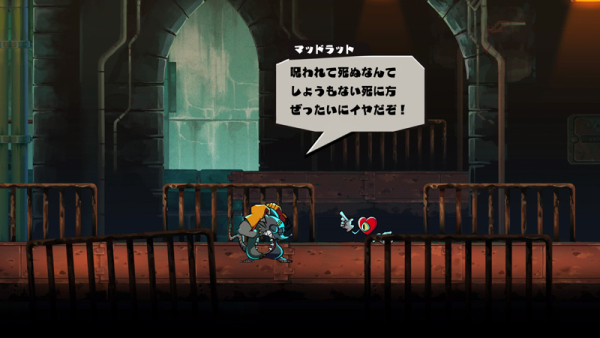 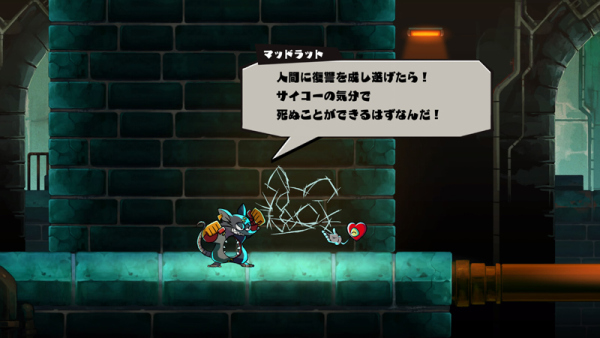 Replay the stages you have cleared in “Play” mode. Change the music that plays throughout the stage to your favorite track and aim for the high score. You can also rewatch cutscenes to experience Mad Rat and his heart’s conversations once again. 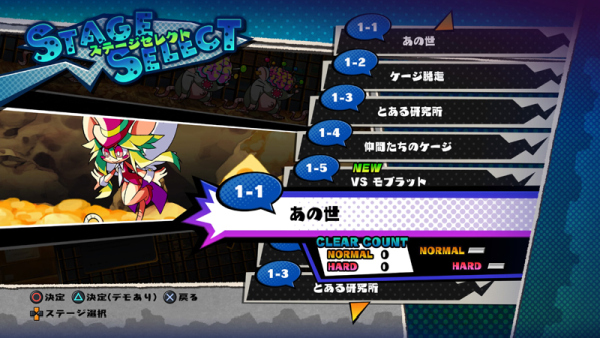 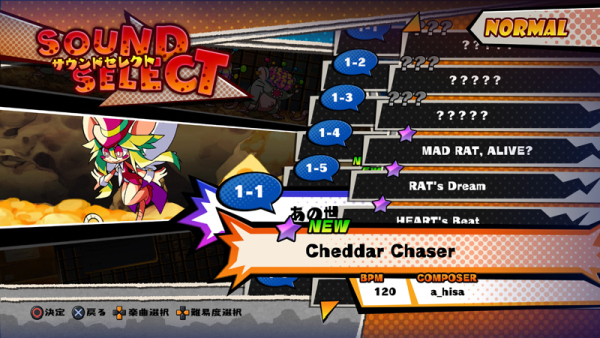 The “Hard Mode” option that you can take on in “Stage Select” mode is higher in difficulty, but has notes more in tune to the rhythm. Try to clear Hard Mode for all of your favorite songs! 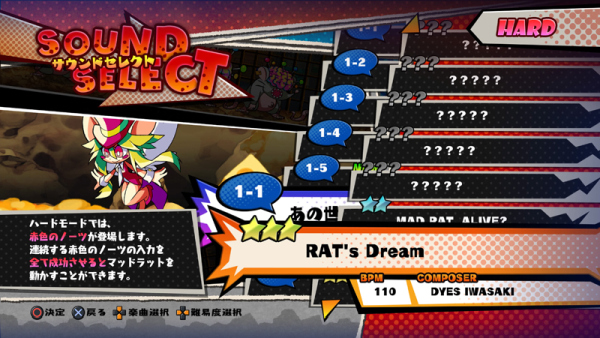 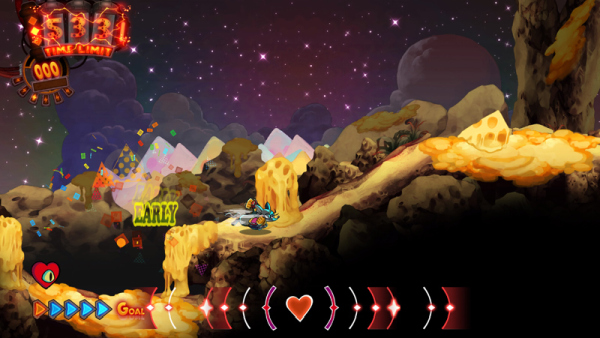 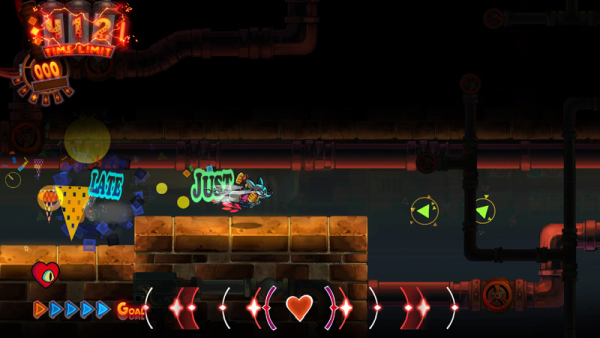 Listen to the songs for stages you have cleared. Sit back and enjoy the music from the game’s wonderful lineup of artists. You can also perform actions with Mad Rat, so use this space to practice the game’s more difficult tracks. 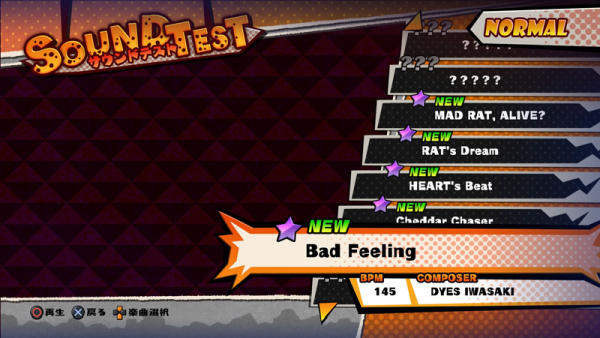 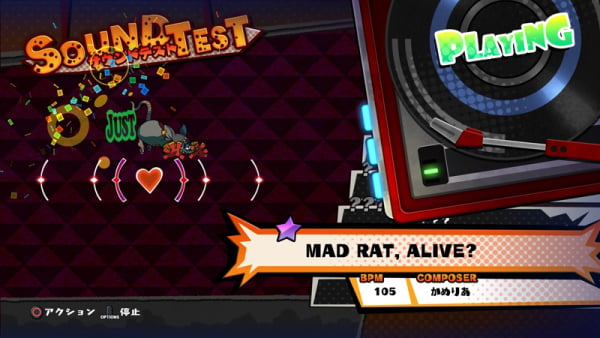 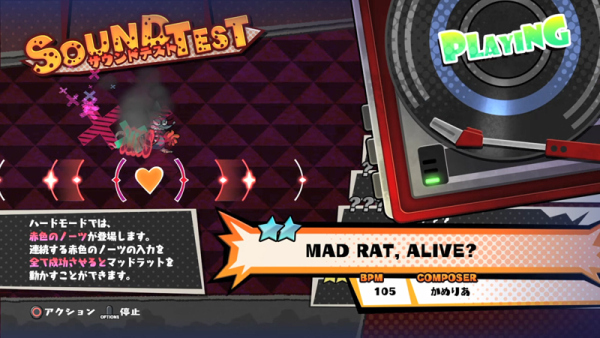 Mad Rat Dead is due out for PlayStation 4 and Switch on October 29 in Japan and October 30 in North America and Europe. Read more about the game here.

Watch a new set of gameplay videos below. View the screenshots at the gallery.

Defeat Enemies to Move through the Air

Drown and Get a Game Over

Touch a Nightmare and Get a Game Over