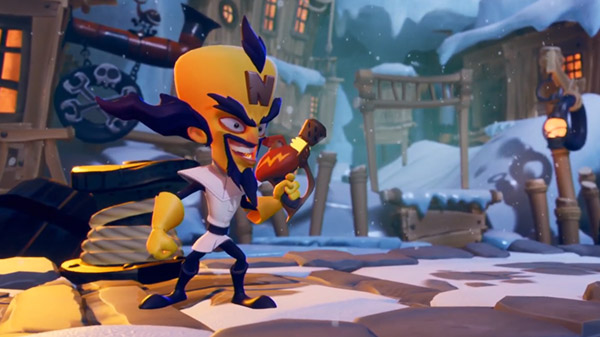 Several outlets have published new previews of Crash Bandicoot 4: It’s About Time including gameplay footage of the “Snow Way Out” and “Dino Dash” stages, as well as a first look at playable Dr. Neo Cortex.

Crash Bandicoot 4: It’s About Time is due out for PlayStation 4 and Xbox One on October 2. Read more about the game here.