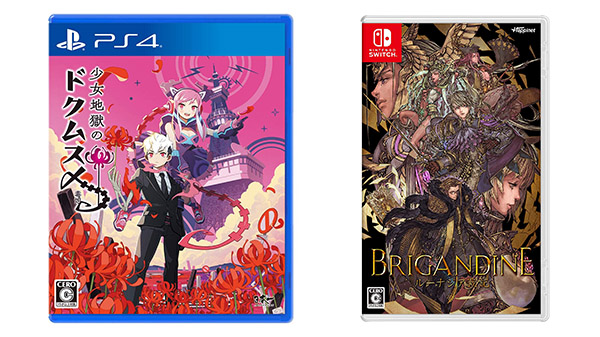 Brigandine: The Legend of Runersia and Shoujo Jigoku no Doku Musume are the highlights of this week’s Japanese video game releases.

The first new entry in the Brigandine series in 20 years, Brigandine: The Legend of Runersia is a grand strategy simulation game set in the continent of Runersia, which is home to six major powers with more than 40 bases, 100 knights, and 50 types of monsters. Players select a ruler, organize platoons of knights and monsters, and march to claim enemy bases. A demo is currently available via the Nintendo eShop.

Shoujo Jigoku no Doku Musume is a third-person shooter / action RPG developed by Nippon Ichi Software. It is set in “Maiden Hell,” where girls captured by strong emotions, desires, and obstructive thoughts fall. The protagonist ends up here and has his body partly overtaken by a girl who calls herself the “Poison Maiden.” He must work alongside her to purify hell and determine why he ended up there, as well how to escape.