A port of the PS Vita version. 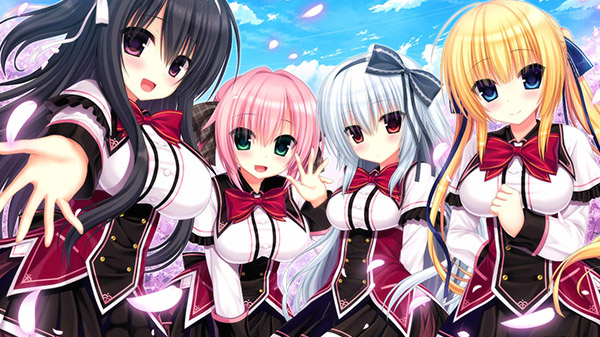 Wagamama High Spec first launched for PC in April 2016 in Japan, followed by PS Vita in July 2017. An English version was also released for PC via Steam in July 2017.

Here is an overview of the game’s story, via English version publisher Sekai Project:

Narumi Kouki, our hapless protagonist, writes a risque romcom for a weekly manga magazine. Due to its content, he’s kept it a secret from everyone except the two closest to him: Mihiro and Toa.

One day, by a strange turn of events, he discovers that the school’s Student Council President, Rokuonji Kaoruko, is actually the illustrator for his manga.

The Student Council is looking for a male representative, so he is persuaded into joining. Because he has a secret to keep, he joins on the condition that his manga work be kept confidential. However, Vice President Ashe, unaware of his circumstances, is vehemently against him joining. In the midst of all this, the students’ requests and problems keep on pouring in…