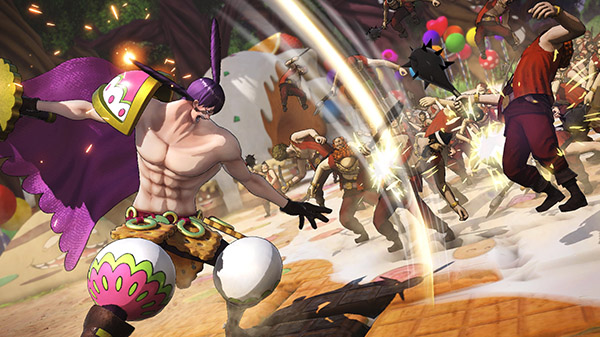 One of the main antagonists of the Whole Cake Island Arc, Cracker is part of Big Mom’s Sweet Commanders alongside Smoothie and Katakuri. Thanks to the Devil Fruit he consumed, Cracker can create and transform biscuits at will, making him a fierce opponent able to raise a powerful biscuit army.

Cracker is the second character of the first Character Pack, to be released in summer 2020. Each Character Pack will be purchasable individually or through the Character Pass.

Zappa ⋅ Disgaea 6: Defiance of Destiny – 23 minutes of gameplay ⋅ 39 seconds ago

DJK1NG_Gaming ⋅ Disgaea 6: Defiance of Destiny – 23 minutes of gameplay ⋅ one minute ago

Zappa ⋅ Disgaea 6: Defiance of Destiny – 23 minutes of gameplay ⋅ 4 minutes ago