Call upon a VTuber for help with "Guest Connect." 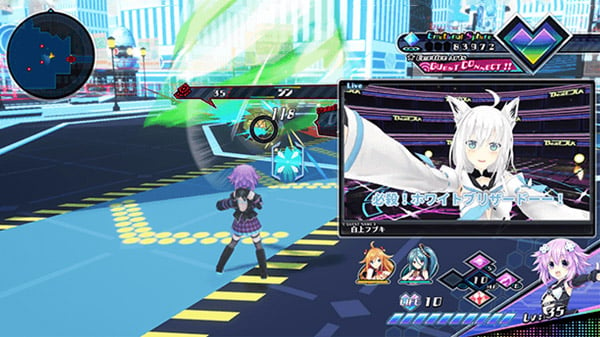 Compile Heart has updated the official website for Neptunia Virtual Stars with details on the game’s guest VTuber systems.

If you rescue a VTuber that was captured by the Anti, you can use “Guest Connect,” a system that supports the player in battle by borrowing the strength of the rescued VTuber. The effect differs depending on the VTuber, so try out a bunch.

By developing NeoTube Plaza, you will be able to use the “V-Tuber Search Community” to search for VTubers. The VTuber Search Community is a system that allows you to borrow the power of the planet’s inhabitants to determine the specific location of V-Cubes captured by Anti—perfect for rescuing VTubers.

By developing NeoTube Plaza, you will be able to play “Virtual Collection,” where you can collect VTuber cards. You can pull cards by consuming special items, and they are not only for collecting—you may gain the benefit of improved stats depending on the cards you obtain.