Romantic affinity indicator will display for all marriage candidates from the start of the game. 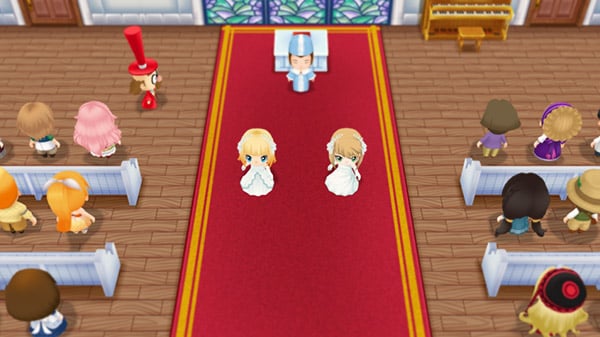 The western version of Story of Seasons: Friends of Mineral Town will change the “Best Friends” system from the original Japanese release, which allows the player character to form a lifelong partnership with a character of the same sex, to simply “marriage,” publisher XSEED Games announced in a newly published localization blog.

“In our version, [the “Best Friends” system] will just be called ‘marriage,’ and the relationship between same-sex couples will be given identical treatment to opposite-sex couples,” XSEED Games localization manager John Wheeler said. “This has been a very long time coming in the Story of Seasons series, and the producer has been supportive of our decision from very early in development.”

Wheeler continued, “One minor but important change for the North American and European releases of Friends of Mineral Town is that the ‘heart icon’ indicating a marriage candidate’s romantic affinity for the player will display for all marriage candidates from the start of the game, where in the Japanese release it will only display for same-sex candidates after you confess and start dating.”

Story of Seasons: Friends of Mineral Town is due out for Switch on July 10 in Europe and this summer in North America. It first launched in October 2019 in Japan.