Another Wii U title to get the Deluxe treatment. 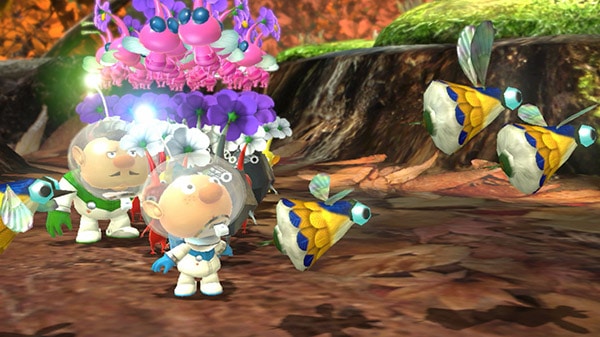 Pikmin 3, which first launched for Wii U in August 2013, is coming to Switch as Pikmin 3 Deluxe, according to VentureBeat reporter Jeff Grubb.

“But Nintendo obviously has games in the works,” Grubb wrote in his coverage of today’s Paper Mario: The Origami King announcement. “Intelligent Systems only oversaw Tecmo Koei’s production of Fire Emblem: Three Houses because it was working on [Paper Mario: The Origami King]. Other Nintendo studios will have games ready for release soon, as well. That includes the 3D Mario remasters, but it should also include Pikmin 3 Deluxe.”

Gematsu reported on the aforementioned Super Mario remasters, as well as the newly announced Paper Mario: The Origami King, back in March.

Here is an overview of Pikmin 3, via Nintendo.com:

Explore an Alien World in a Game Like No Other

In the Pikmin 3 game, players take command of three explorers and a legion of adorable Pikmin in a fight for survival. By employing the unique abilities of these tiny Pikmin creatures, players will solve puzzles, battle dangerous predators and recover food needed to save the explorers’ depleted home planet.