PlayStation Now adds Rainbow Six Siege, The Evil Within 2, and Get Even

Three new titles join the lineup in May. 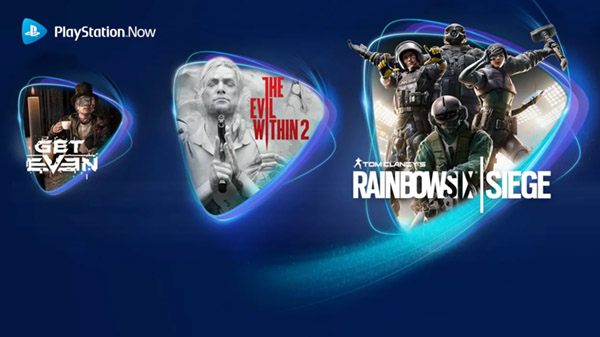 Rainbow Six Siege, The Evil Within 2, and Get Even are now available via PlayStation Now, Sony Interactive Entertainment announced.

It’s the perfect time to try out the deeply tactical, always tense multiplayer shooter that has become an esports phenomenon in the years since its 2015 debut. Strained matches are built around two competing teams of players using a variety of weapons, gadgets and sound strategies to triumph over the other. While you’ll need to adapt to its uncompromising gameplay, it only makes every well-earned victory all the sweeter. Please note: this is the base edition.

Genre aficionados will have plenty to savour with this horror sequel as you enter the alternate reality town of Union in search of your long thought dead daughter. Sickeningly brilliant creature designs and jump scares await as you explore the town’s expansive areas filled with dangers and secrets. But armed as you are with an arsenal of monster-shredding weaponry, as well as having the option to keep things low-key with a more stealthy approach, you’re ready to take on every abomination that stands between you and your family reunion.

Puzzler, shooter, psychological thriller. Developer The Farm 51’s mashup of genres makes for an intriguing first-person adventure. Finding yourself trapped inside an insane asylum with a virtual reality device surgically grafted to your head, you’re forced to track down and ‘enter’ memories to gradually unravel the mystery behind your incarceration. As gripping as any murder mystery and with events shaped by your decisions, Get Even is a must play for those who love stories with plenty of twists.

Rainbow Six Siege will only be available to download and stream until November 7. Downloads are restricted to PlayStation 4 hardware.