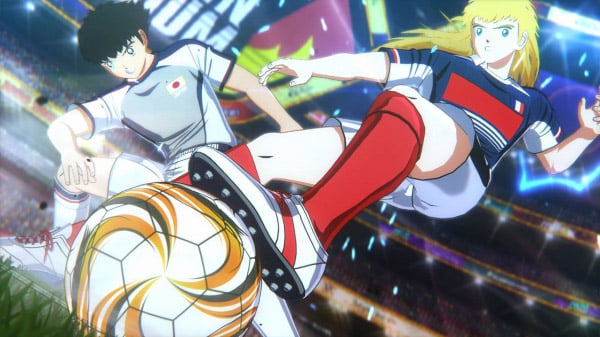 A tricolor team burning fighting spirits as they are united centered on Pierre in order to get rid of frustrations on the fact that the championship, which was supposed to be held in their mother country, was taken.

This team goes forward to become the top of the world by enhancing the team with severe trainings and new team members!

A defender of the team representing French Junior Youth.

He was chosen in a newly-held representative selection that aimed to enhance defense, the weakness of France.

He is small but excels others when it comes to one-versus-one.

A midfielder who is the captain of the team representing French Junior Youth.

He is a strong player called a “Field Artist” due to his elegant ball handling.

He symbolizes the team with great captainship and all-round abilities in offense and defense.

A forward of the team representing French Junior Youth.

He has such a bad temper and is so problematic that he was suspended, but he is a top talent in soccer.

He scores lots of goals utilizing his powerful shot with a special rotation effect.