500 in-house developers at work on the project. 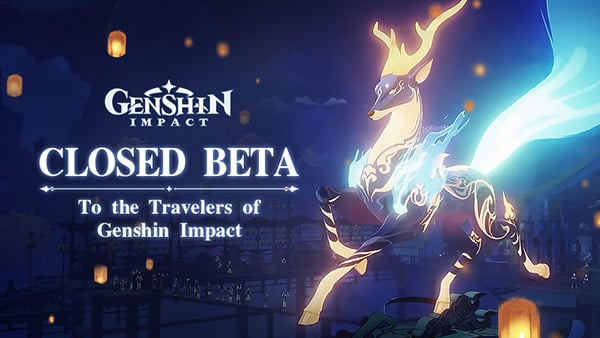 In the message, Tsai reveals and clarifies various information, including:

I am Hugh Tsai, the producer of Genshin Impact.

I want to start by sincerely thanking each of you for joining our closed beta, giving us feedback, and being part of our community. Since March 18, we have stayed together in Teyvat for more than three weeks. I feel really excited to see the great videos you made on YouTube. I have been following your discussion on our forums, Facebook, Reddit, Discord, and Naver (we try to read everything). As game developers, nothing makes us happier than having a player community who wants to help you make a better game.

This is the first time I try to talk with you directly. English is my second language, so if you find some expressions to be a little weird, please forgive me! My hope is that by communicating with our players, we can all make Genshin Impact a better game together (and also help improve my English ASAP lol). It’s important to me and the team to listen to our players from around the world who grew up in different cultures. I think this cultural diversity in our community can help us build a more interesting and epic world. No matter how different we are or what time zone we’re in, we can all have fun in Genshin Impact.

We are a young team, but we are always learning. Genshin Impact started as our passion project three years ago. Now we have 500 in-house developers working on this project.

I’m often asked if this is an MMORPG. I think the key difference in Genshin Impact is that the world belongs to YOU. You decide how you want to play—as a single player adventure you experience by yourself or one that you invite others to experience with you whenever you want.

Some of the feedback we received during our closed beta was that there wasn’t enough content after 50 hours of playing. We believe in supporting our games for the long term. From the very beginning, our target was to make Teyvat a big immersive world that you can explore that will grow and evolve over time. We will continue to work hard to create new adventures, new ways to play (dungeons, daily quests, multiplayer). We’re also working on a new feature called homeland system (more details to come).

While we wanted to focus on the core gameplay in this closed beta, some players asked the question on Genshin Impact‘s monetization. Genshin Impact will eventually launch as a free-to-play game and we want it to be friendly and fair to players. We will keep you updated once we have more confirmed details.

The closed beta test is coming to an end, and it is also a new starting point for our team. We have a lot to do. Thanks again to all Travelers and we are very appreciative of all your feedback. Genshin Impact is a very special project for us (and to me personally) and we hope you can come on this adventure with us to make something new. Something out of this world. Something out of imagination.