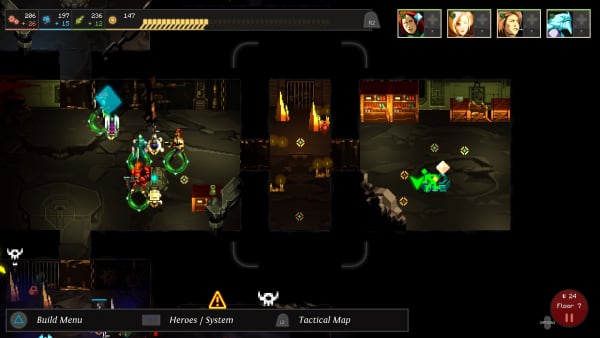 Roguelike dungeon defense game Dungeon of the Endless will launch for PlayStation 4 and Switch both physically and digitally on May 15, publisher Playdigious announced.

Here is an overview of the game, via Playdigious:

A few hundred condemned criminals were being shipped to the Auriga system on board the prison hulk “Success.” All they knew about Auriga Prime was what the probes told them: it had water, temperate zones, plant life, and plenty of metals in the crust. In fact, the planet Auriga once hosted a major settlement of the galaxy-travelling precursors known as the Endless, and was still orbited by a functioning (and well-cloaked) defensive system… Luckily, every set of holding cells also functioned as an escape pod, so the ship let itself disintegrate and the surviving prisoners fell bruised but (temporarily) alive and (momentarily) safe to the planet below. Safe, that is, until they realized that they had crashed through some sort of Endless facility, all the way down to a sub-basement so deep and ancient it might as well be called a dungeon… Dungeon of the Endless is being carefully optimized for Nintendo Switch and PlayStation 4.

Vampire: The Masquerade - Shadows of New York announced for PS4, Xbox One, Switch, and PC Previous post
Giraffe and Annika for PS4 and Switch launches August 25 in North America, August 28 in Europe Next post