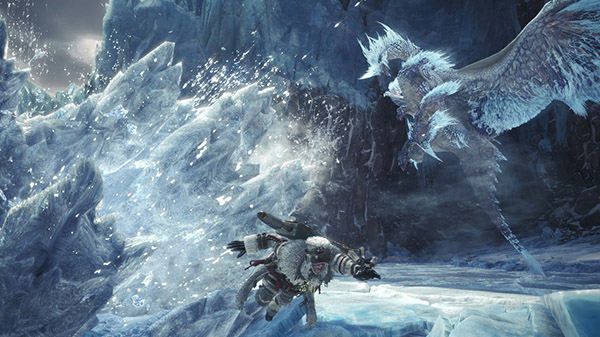 Monster Hunter World: Iceborne launched for PlayStation 4 and Xbox One worldwide on September 6, 2019, and for PC on January 9, 2020. The Xbox One version is only available in North America and Europe.

Monster Hunter World: Iceborne is a massive premium expansion for Monster Hunter: World. The game features a full narrative experience that continues the story from Monster Hunter: World, as well as a vast new area, new monsters, a new difficulty level, and a new player mechanic. Monster Hunter World: Iceborne achieved five million units shipped following steady sales growth backed by global critical acclaim, such as highly-positive review scores following the game’s release in September 2019. The game was also honored in December of that year at the PlayStation Awards 2019, a show that recognizes hit games in the Asian and Japanese regions, winning three awards, including the PlayStation Network Award.

Furthermore, in addition to the new mobile title Monster Hunter Riders (for iOS and Android), which launched in February 2020 and achieved more than three million downloads, Capcom plans to carry out a number of initiatives to further cement the series’ position as a global brand, such as with a Hollywood film adaptation of Monster Hunter, a first for the series, scheduled for a September 2020 release.