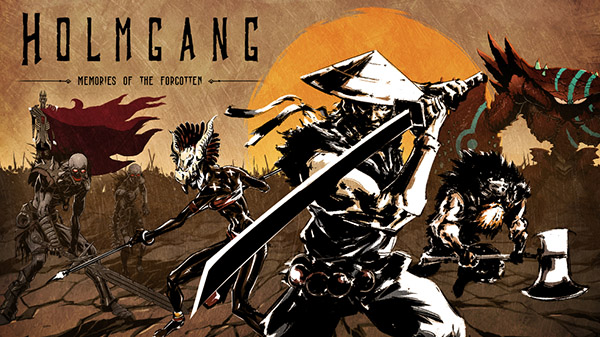 Kickstarter rewards include a code for the game when it releases, various pieces of in-game content, t-shirts, posters, and more. The highest-tier pledge will promises the backer a permanent placement in the game with their own tombstone, as well as a physical game box that contains a copy of the game, its manual, a cloth world map, and sketches.

Every legend has a dark side. Twenty-two years before Dragon King’s reign, an empire emerged. An empire whose single aim was the annihilation of life. Relive the tragic days of the Shadow War.

After the death of king Haziel of Draken, his son, Hazulem, proclaimed himself emperor of Dracorum. Through the invocation of the First Hierarchy demons, he imposed its reign of terror all over the planet. Experience the story of a group of ill-starred heroes that decided to make a stand and change the course of history forever.

Fight like Kandar, the barbarian, Tatsu, the ronin, and Valentia, the Amazon woman, and defeat the dark secrets of Emperor Hazulem. Reclaim your honor and take your place within the legends.

Watch the Kickstarter trailer and a 10-minute gameplay video below. View a set of screenshots and artwork at the gallery.