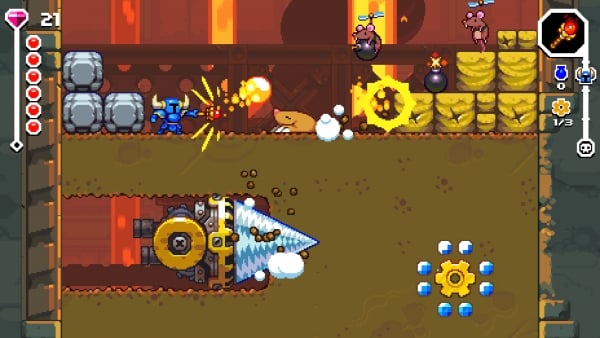 While platforms remain “to be determined,” according to the official press kit, a PlayStation Blog post confirms a PlayStation 4 version, and it was playable on Switch at PAX West 2019.

Yacht Club Games also revealed a new character called Hive Knight, who is one of the Hexcavators players will meet on their adventure. Here is his description:

This bug-loving spelunker is never to be found without his loyal Beeto partner at his side. With the power of their teamwork, as well as some specially-modified armor, Hive Knight has the capability to fly and battle just like an insect! Hive Knight is sure to ‘bug’ Shovel Knight when the blue burrower dares set foot in their Entomological enclave.