Delve into the story and mechanics. 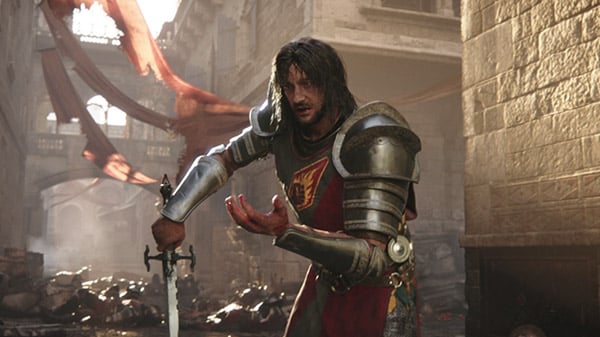 Larian Studios will debut the first gameplay footage of Baldur’s Gate III during a panel at PAX East 2020 on February 27 at 12:00 p.m. PT / 3:00 p.m. ET, the developer announced. The panel will also be live streamed on YouTube.

The panel will feature Larian Studios creative director Swen Vincke and “a very special guest,” who will share more about the game’s story and mechanics.

For physical attendees, the panel will offer seating for up to 1,000 people, and those in the audience will be able to take part in a live Q&A with the developers.

Larian Studios will also have its own booth (#14309) dedicated to Baldur’s Gate III, where it will give live gameplay presentations all weekend following the initial gameplay reveal.

Here is the full teaser statement from Larian Studios:

We’ve been working, growing, driving towards this moment for the past few years,” Larian Studios said. “It’s nearly here. The world gameplay reveal of Baldur’s Gate III is just around the corner. Join us at PAX East, or online. Wherever you are in the world, Baldur’s Gate III is coming.

Baldur’s Gate III was announced back at E3 last year, and since then we have been continuing to grow to 350 people, and working on new technology and pipelines that allow them to create a truly next-generation RPG.

Tune in on February 27 at 3:30 p.m. ET to discover why we’ve been quiet over the past few months, and more about the mechanics and gameplay of Baldur’s Gate III.

Baldur’s Gate III is in development for PC and Stadia.