Remake due out on April 3.

Capcom has released a “Nemesis” trailer, as well as information and screenshots detailing the heroes and villains for its Resident Evil 3 remake.

Here are the details, via Capcom Unity: 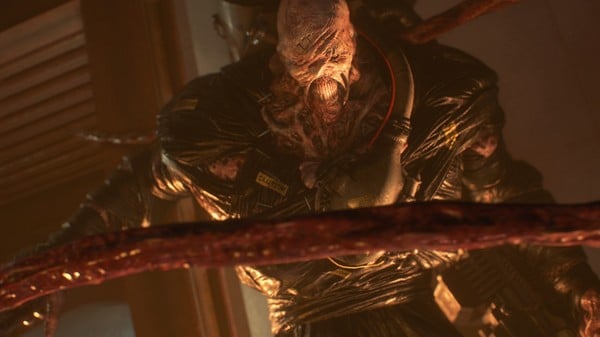 Long-time fans of the original game need no introduction to what Nemesis is, but those of you who took your first trip to Raccoon City with last year’s Resident Evil 2 may be more familiar with the Bio Organic Weapon (B.O.W.) that Nemesis is based off of: Tyrant, otherwise known as Mr. X. While Tyrant was sent in by the Umbrella Corporation to eradicate any survivors left in Raccoon City, Nemesis serves a more focused role. Its singular mission is to eliminate any members of the dwindling S.T.A.R.S. team still in the city, and that includes Jill Valentine.

Unlike the Tyrant series and its knack for punching people, Nemesis has some combat enhancements that set it apart, making it a far more deadly foe as a result. Higher intelligence and the ability to use weapons combine to form a monster that can make its own decisions on how to approach any mission – and what weapons it will use to achieve those goals. As if that wasn’t bad enough for Jill, Nemesis also has incredible healing capabilities, making defeating it virtually impossible. No matter how many times you take Nemesis down, it gets right back up with a tentacle ready to strike.

Oh yeah. Did we mention the tentacles? Nemesis can send out these slimy appendages to strike targets from a distance, or to grab something to pull back towards it—say, a member of S.T.A.R.S. trying to escape its deadly grasp. However you decide to approach (or run from) this unrelenting creature, you’ll have to act fast if you want to survive. 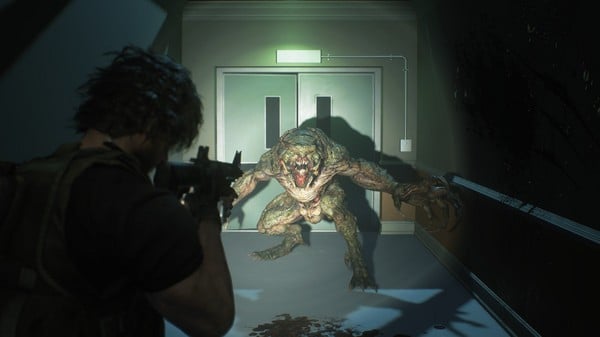 The infamous Hunter is just what it says on the tin, a B.O.W. that mercilessly hunts down prey. First introduced in the original Resident Evil, Hunters are a mutated, reptile-like B.O.W. generally known for leaping through the air to deliver a deadly strike using their razor-sharp claws. The Hunters released in Raccoon City are less prone to leaping, preferring reptilian movements that make them much harder to pin down. 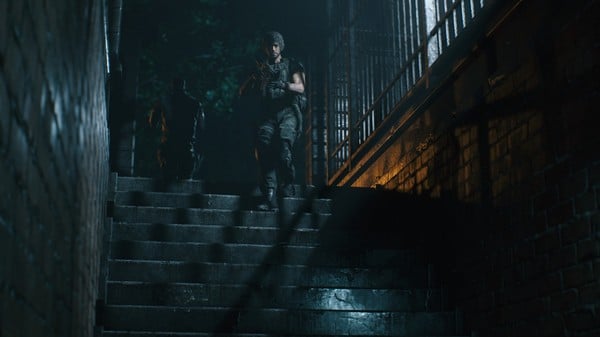 A member of Umbrella Biohazard Countermeasure Service, or U.B.C.S., Carlos is a mercenary who’s been deployed alongside his unit to find and rescue survivors of the outbreak in Raccoon City. While he may seem to have a cavalier attitude when he first comes across Jill, Carlos is highly driven to save those in need, and will often dive head-first into danger. Putting his background in guerilla warfare and proficiency with weaponry to good use, Carlos constantly puts his life on the line to assist others.

You’ll be playing as Carlos at various points throughout the story, providing more background on Carlos himself. His viewpoint offers a different perspective on events as they unfold, and provides additional details on why U.B.C.S. was dispatched to Raccoon City to begin with. 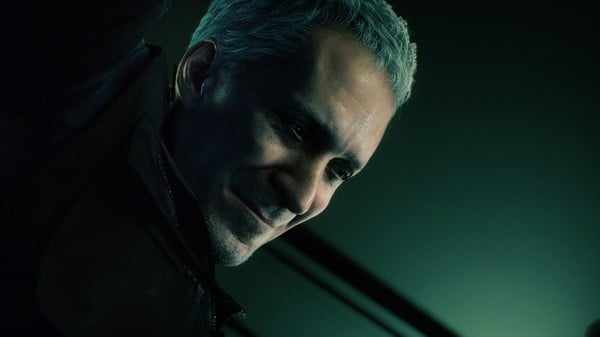 He is one of the few remaining members of the U.B.C.S. platoon sent into Raccoon City. With a background in the Spetsnaz, Nicholai is cold and calculating, well-known for putting self-preservation and survival above all else… no matter what the cost may be to others. Not one to think twice about his actions, Nicholai will do anything it takes to complete his mission. 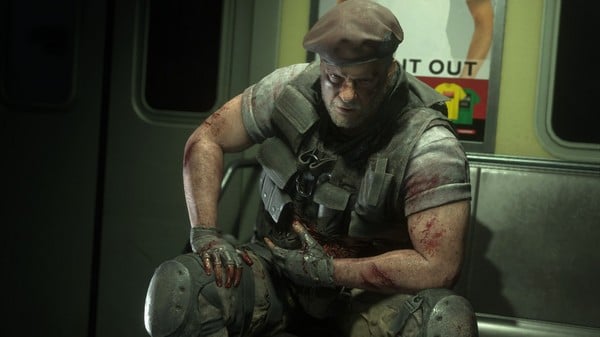 A Commander of U.B.C.S. with a long history of Russian military experience, Mikhail is respected for his leadership abilities among the mercenaries of the U.B.C.S. Despite suffering a serious injury in an attack that left his platoon in shambles, Mikhail continues to do what he can to assist and protect the survivors of Raccoon City as well as other members of his platoon, hoping to plot an escape route out of the city to evacuate those that have survived the nightmare so far. 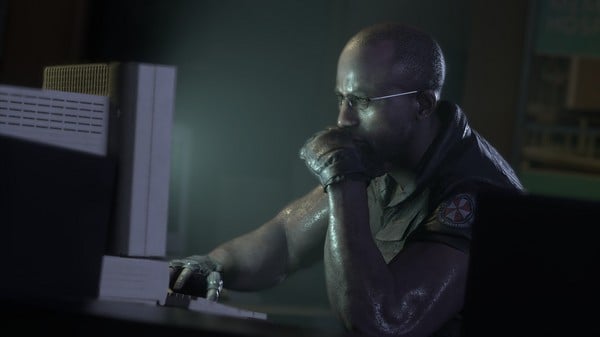 A seasoned veteran of the battlefield, Tyrell is an excellent hacker who is particularly skilled at disabling security and cracking computer systems. He excels at support from the back lines, complementing Carlos’s gung-ho attitude when the two of them are teamed up in search of survivors in Raccoon City. 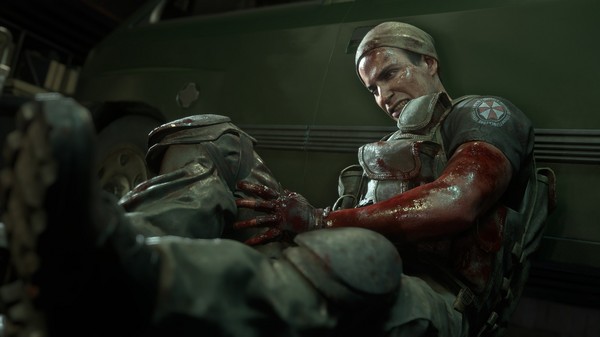 A former member of the U.S. Marine Corps with a murky past, Murphy joined U.B.C.S. due to his exceptional skills as a sniper. Unfortunately, at some point he ended up wounded during an encounter with a zombie, leaving him vulnerable and limited in his combat capabilities. 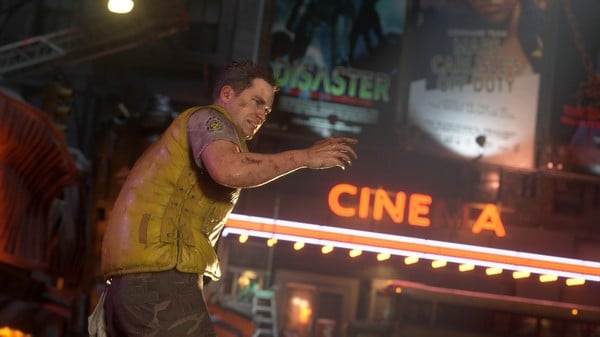 One of the few survivors of the Mansion Incident in the Arklay Mountains, Brad is a skilled helicopter pilot and a member of S.T.A.R.S. Rear Security. He’s also earned an unfortunate nickname for his tendency to run at the first sign of danger, though it may have been those instincts that have helped him survive the chaos in Raccoon City so far. Incidentally, Brad was also assisting Jill with her investigation into Umbrella’s illicit activities. 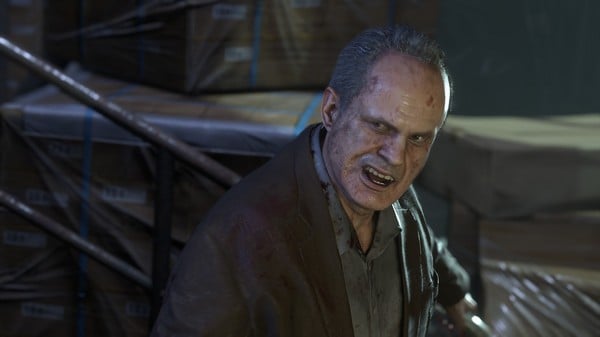 A citizen of Raccoon City, Dario has been hiding out in a warehouse in uptown. Sadly, Dario saw things nobody should have to witness when his family was attacked by zombies, and it’s made him wary of trusting anyone—including Jill. Likely traumatized by what he’s experienced, Dario has no intention of trying to escape the city.

Resident Evil 3 is due out for PlayStation 4, Xbox One, and PC on April 3.