More on the swordplay action RPG.

Publisher Spike Chunsoft and developer Acquire have released new information and screenshots of Katana Kami: A Way of the Samurai Story introducing the action RPG’s side activities and early game dungeons.

As your “Satisfaction” with the three major factions increases, shops will open next to the smithy. And as Satisfaction continues to increase, the shops’ lineup of offerings improve. The type of shop opened differs per faction—the Post Town sells tools, the Akadama Clan sells decorations and costumes, and the Kurou Family deals in bodyguard brokerage and increasing the number of items you can carry and store. Bodyguards are reliable companions that possess useful skills, who you can take with you to explore Jikai (the other world). 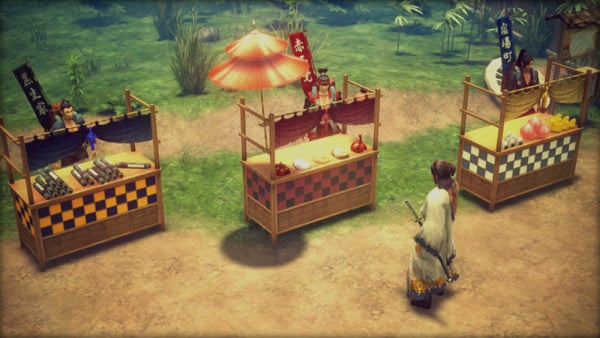 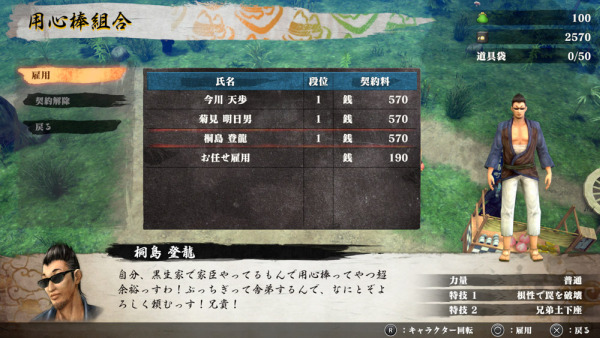 In addition to the ongoings of the three factions, you can also check the various requests from your clients via the Bulletin Board. Requests are updated every morning, and completing them will earn you money and items as rewards. There are even requests that allow you to hire the character involved in the request as a bodyguard, or obtain blueprints for a rare sword. 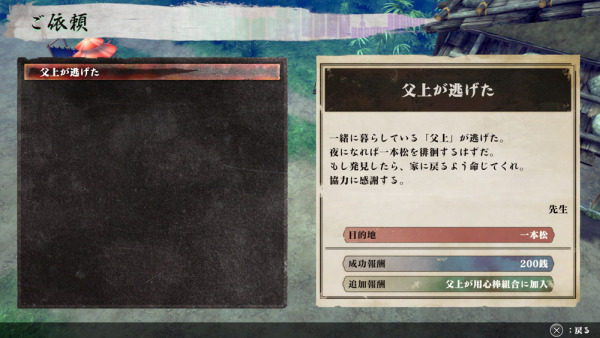 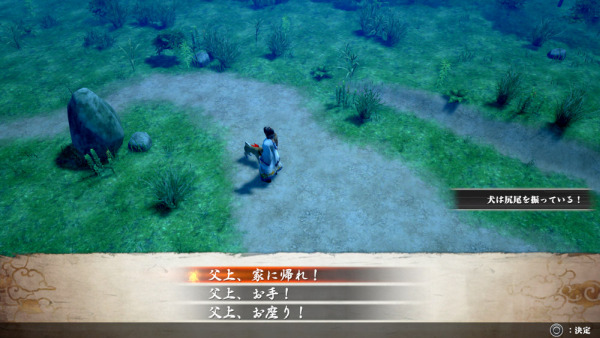 By talking to Gunji Doujima, who works as a blacksmith on the Hill of the Six Bones, you can strengthen and repair (durability restoration) swords, as well as bestow them additional effects. You can also get an evaluation on the swords you found in Jikai, as well as restore cursed swords. However, if you ask Gunji for work, his stress level will accumulate, and he will slack off, become violent, take meaningless action, and go mad unless his stress is relieved. To relieve his stress, it is essential to casually chat with him or thank him for his work by bringing him gifts. 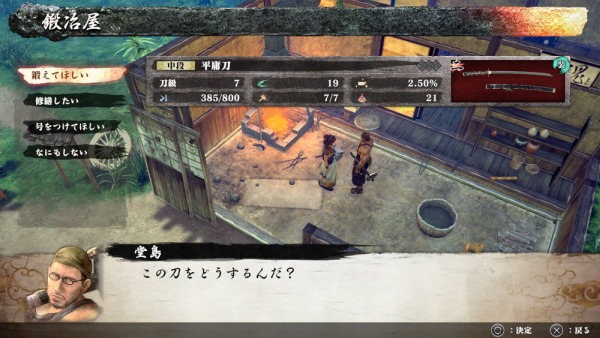 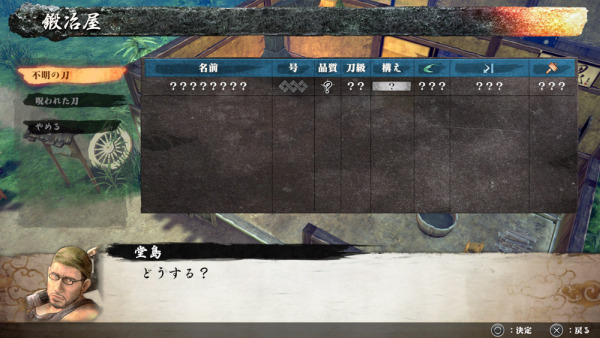 By talking to the apprentice hiding in the bushes near the smithy, you will be able to drop off gifts for Nanami Doujima, who was kidnapped as provision for the debt owed by her father. By dropping off gifts Nanami likes, you will accumulate “Daughter Points” and receive items as thanks. A column telling of Nanami’s current conditions will be published on the Bulletin Board, where you can also check who sent her gifts and to what extent, as well as the current ranking among those sending. If you do not send her any gifts, Nanami will gradually become more distrusting, which will develop into inconvenient requests for the player. 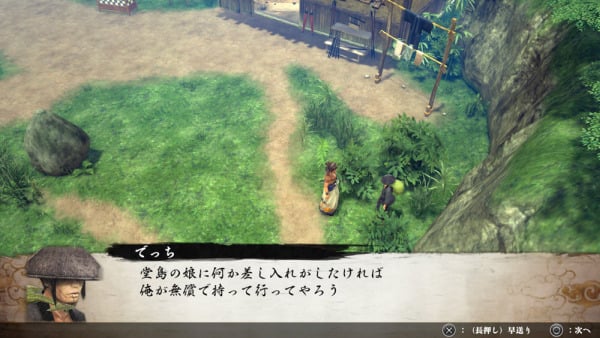 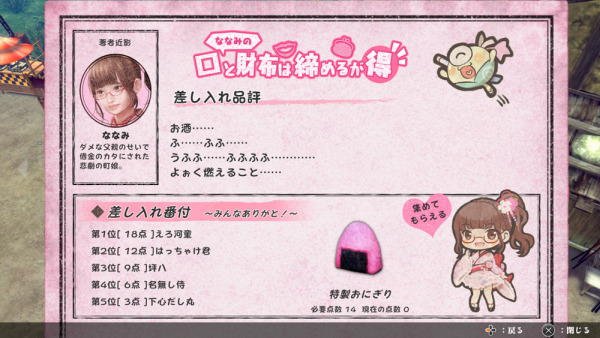 Cave of the Pine Tree

The tutorial dungeon. It features weak enemies such as stray dogs, rat snakes, and corpse soldiers. 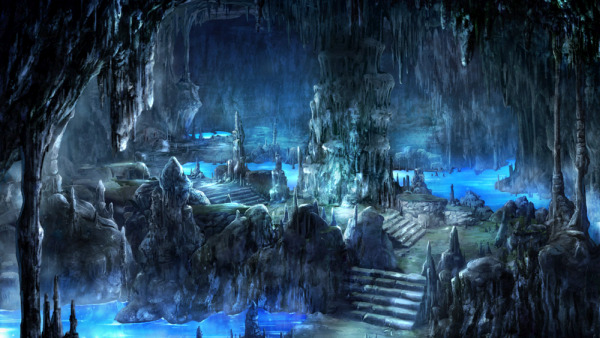 The main dungeon at the beginning of the game. Enemies such as corpse generals, kiji, and nekomata will appear, and as you progress even deeper, a demon-esque hell army as well. There are also traps and large bosses. 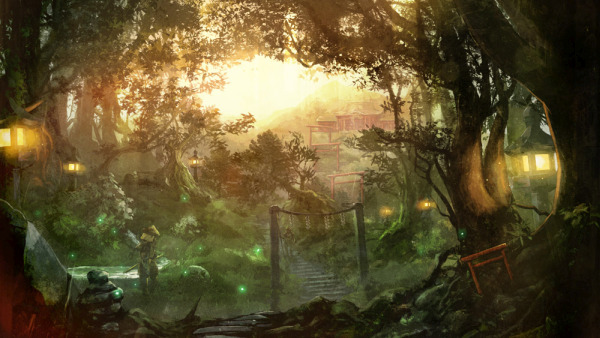 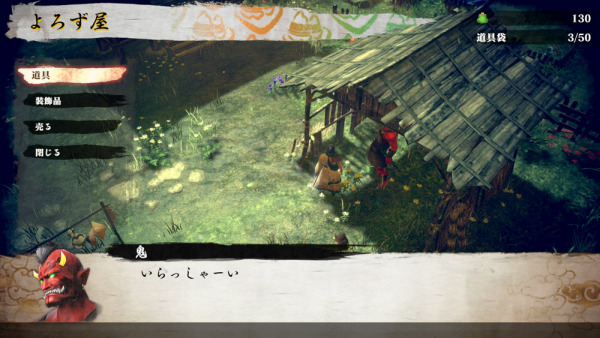 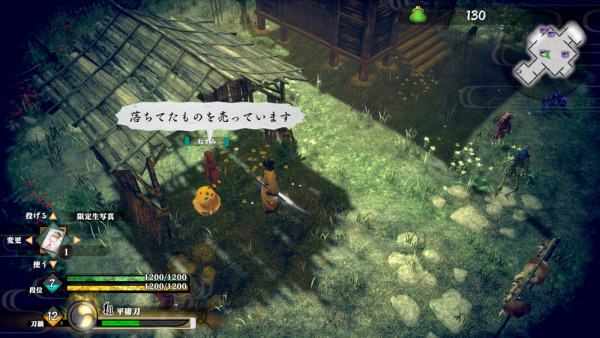 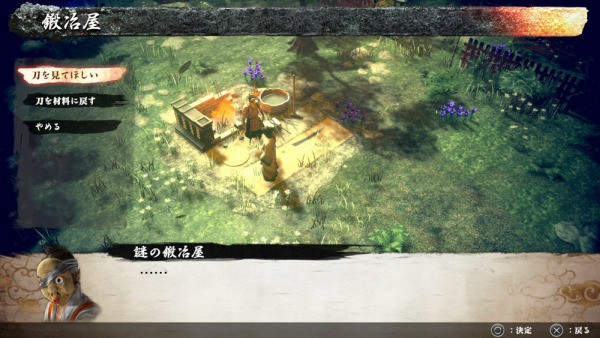 Katana Kami: A Way of the Samurai Story is due out for PlayStation 4, Switch, and PC via Steam on February 20 in Japan. While a western release has yet to be officially announced, the game has been rated in Australia. Read more about the game here, here, here, and here.