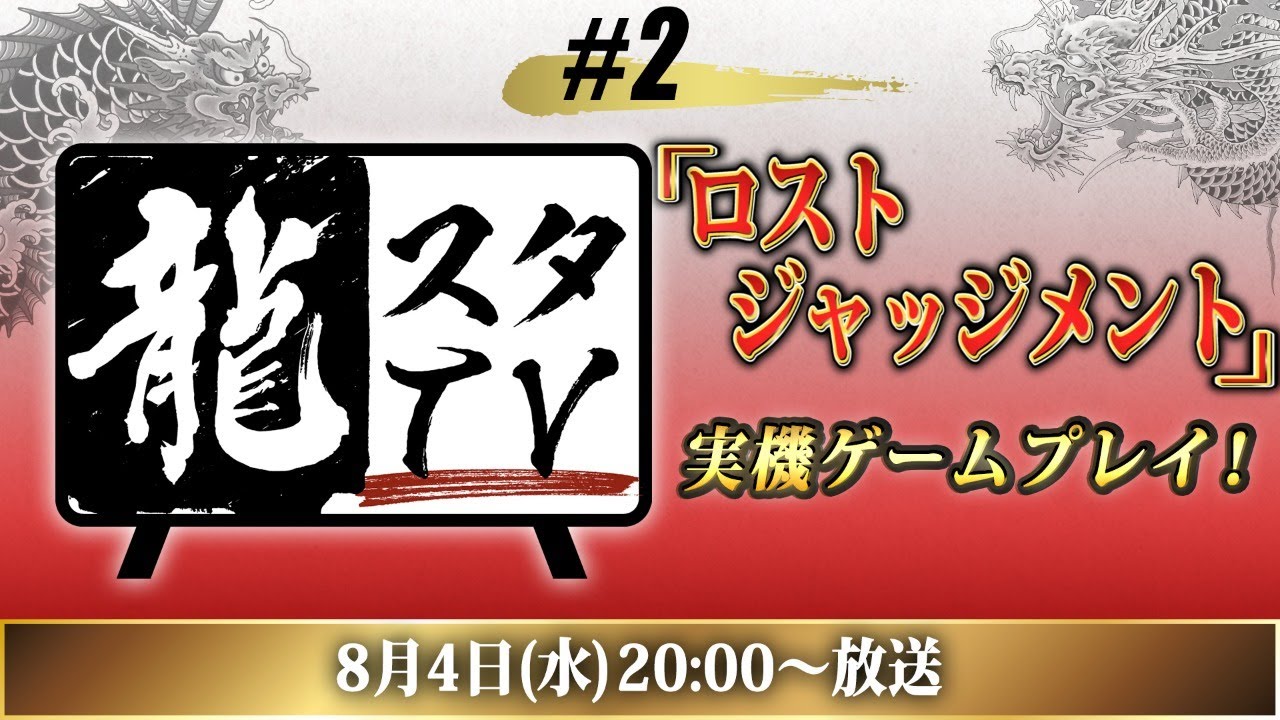 Seg will air the second episode of Ryu Ga Gotoku Studio TV on August 4 at 20:00 JST. You will be able to watch it on YouTube.

For the second episode, Sega will premiere live gameplay of Lost Judgment, introducing the side content “Youth Drama” that consists of both drama and mini-game, which unfolds in the high school infiltrated by protagonist Yagami. Additionally, there will be a Ryu Ga Gotoku Studio development site report, plus the latest information on Yakuza merchandise.