Duo operates as a single character. 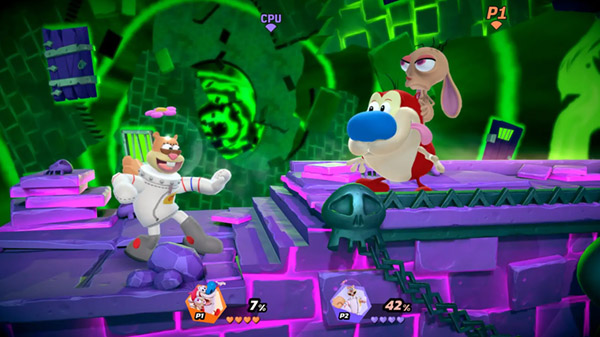 The pair play as a single, joint character that operate as a duo. Ren rides on Stimpy’s shoulders, which makes them slower than other characters, but they often attack in multiple directions together. Ren deals lower initial damage, while Stimpy deals higher, delayed damage.

Ludosity project manager Joel Nystrom wrote up a deeper breakdown of the duo over at PlayStation Blog.

Nickelodeon All-Star Brawl is due out for PlayStation 5, Xbox Series, PlayStation 4, Xbox One, Switch, and PC via Steam this fall.