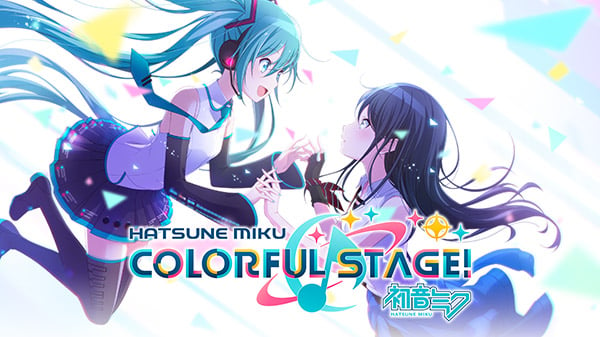 Players will discover a cast of 20 original characters, split into five bands, each with their own musical style and backstories. Hatsune Miku’s biggest hits, including “Tell Your World” by kz, “Melt” by ryo, and “ROKI” by Mikito-P, as well as brand new songs produced for the game will be featured in the game.

Players will tap to the rhythm and face challenges with five different difficulty modes for each track that can be played solo or with friends.

By earning rewards and XP for completing challenges, players can level up and unlock additional character cards through the gacha system.

As the unique features of Hatsune Miku: COLORFUL STAGE!, players can participate in virtual live performances from their favorite in-game bands and engage with the community, participate in online events, and earn rewards such as exclusive stamps.

“I’ve been a fan of Hatsune Miku from the very start, and have observed the global phenomenon of the growth of her fanbase and community,” Sega producer Shingo Kosuge said in a press release. “We’ve created a new immersive experience with Hatsune Miku offering her fans, as well as fans of anime and Japanese culture, to engage and experience her music. It will be a thrill for us to watch how people respond to the musical performances and fun gameplay challenges that we’re creating.”

Colorful Palette producer Yuichiro Kondo added, “I hope that the game will spread the vast cultural world of Hatsune Miku and Virtual Singers to new audiences. Please enjoy the new interpretation of Miku and the story of discovering your music. We look forward to playing Hatsune Miku: COLORFUL STAGE! with you.”

Watch a trailer and video message from the development team below. View the first English screenshots at the gallery. Visit the official website here.