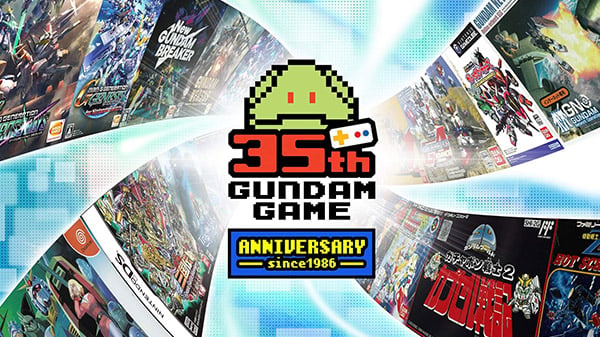 The website contains a full history of every Gundam video game ever released, from Mobile Suit Z Gundam: Hot Scramble for Famicom in August 1986, to Mobile Suit Gundam: Extreme VS. Maxiboost ON for PlayStation 4 in March 2021.

As part of the website launch, Bandai Namco announced digital sales for its Gundam games for PlayStation 4 and Switch, in-game commemorative campaigns, and a @gundam_ggame follow and tweet campaign to win a Gundam Game 35th Anniversary polo shirt and eco bag.