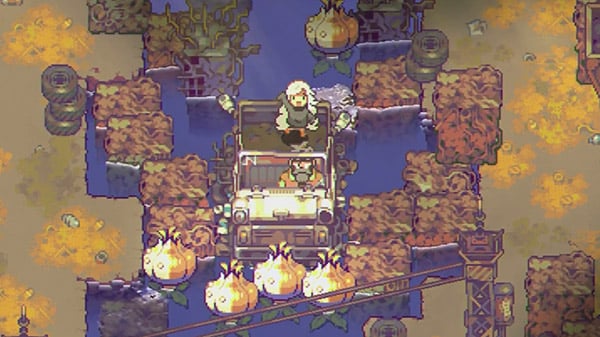 In the near-future society is starting to collapse, with the human population shrinks to an all-time low. As the world around falls to ruin, a hardworking miner called John discovers a young girl named Sam deep underground in a secret facility. After escaping the town, the unlikely pair embark on an emotional journey to discover the strange truth about her origins and the mystery behind the sinister creatures who descend on the local towns, devouring everything in their path.

Inspired by 90s Japanese animation, the vibrant world of Eastward is brought to life by a combination of innovative modern 3D lighting techniques and soulful retro-pixel artwork.

Eastward is due out for Switch and PC via Steam in 2021.

J, The Vampire Smoker ⋅ Funcom acquires Cabinet Group, including Conan the Barbarian and dozens of other IP ⋅ 2 minutes ago

ChozoMiso ⋅ Funcom acquires Cabinet Group, including Conan the Barbarian and dozens of other IP ⋅ 4 minutes ago
Latest Open Forum