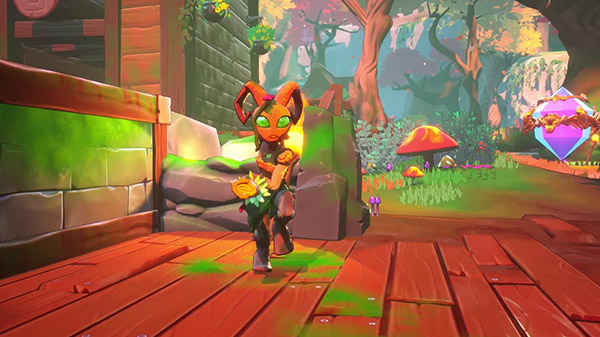 The Switch version of Dungeon Defenders: Awakened will launch on August 4 for $29.99 alongside “The Lycan’s Keep” update for the previously released Xbox One and PC (Steam) versions, developer Chromatic Games announced. A PlayStation 4 version is due out later in 2021.

Here is an overview of the game and update, via Chromatic Games:

Progress through a multi-arc story campaign alone or with pals in online multiplayer. Place defensive blockades and offensive towers at the start of each map to halt waves of evil orcs, goblins, and dark elf armies that seek to destroy Eternia crystals. Leap into the action during the Combat Phase, where each character’s bespoke skills, abilities, and play style shines.

Experience the acclaimed Dungeon Defenders franchise for the first time on a Nintendo console with the arrival of Dungeon Defenders: Awakened. Choose from one of five heroes—seven with the launch of “The Lycan’s Keep,” including newcomers The Rogue and The Warden—and take down enemies in breathtaking fantasy environments across seven different game modes.

New obstacles and new allies await in “The Lycan’s Keep,” as The Rogue and The Warden join the battle-tested lineup of heroes you already know and love. Master swift strikes as The Rogue, an elite elven warrior and franchise newcomer capable of leaping from the shadows unnoticed, planting devices on enemies, and using his inner darkness to unleash massive amounts of damage.

Decimate your foes with the wrath of The Warden, the newest incarnation of Dungeon Defenders II‘s beloved Dryad. This stalwart guardian of nature prefers to use laser-focused flowers but isn’t afraid to lob exploding mushrooms or call upon a pack of wisps to assist her in battle.

“The Lycan’s Keep” also brings an extensive rework to the item system, greatly improving the strength and accessibility of gear. This overhaul is coupled with an inventory system revamp that emphasizes improved navigation and menu readability. Experiment with all-new thematic weapon sets, countless pieces of new gear and accessories, including equippable Wings, and deck out heroes with cute pets hidden in each map to create heroes with personality and utility across each game mode.

Dive into post-story content with “The Lycan’s Keep.” This adds four maps, both reimagined previous Dungeon Defenders titles and new, culminating in an epic showdown against the titular Lycan King. In addition to new maps and characters, “The Lycan’s Keep” update introduces new challenges for even the toughest defenders. The new Tests Mode brings character-specific trials in the form of one-on-one encounters with bosses without the assistance of hero towers. Enemies can now teleport through Portals on Rifted Maps to make a beeline for a hero’s Crystal Core. Meanwhile, Survival maps receive a special bonus wave with powerful rewards for those who can complete them.