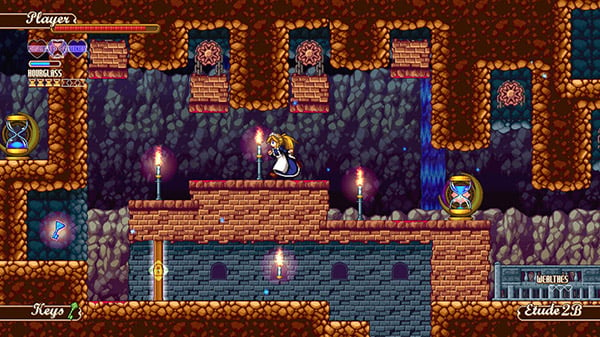 Following the release of the Switch version today, the PlayStation 4 and PS Vita versions of Super Zangyura, also known as Maid-san wo Migi ni: Shooting Star, will launch on June 24 in Japan, publisher Mediascape and developer Platine Dispositif announced.

Super Zangyura is a side-scrolling action game that puts players in control of a maid who will die again and again as she makes her way through an abandoned castle full of outrageous traps using an iron ball as her weapon. While originally planned to be a remake of the 2004-released PC title Zangyura, it ended up becoming its own game entirely. Read more here.