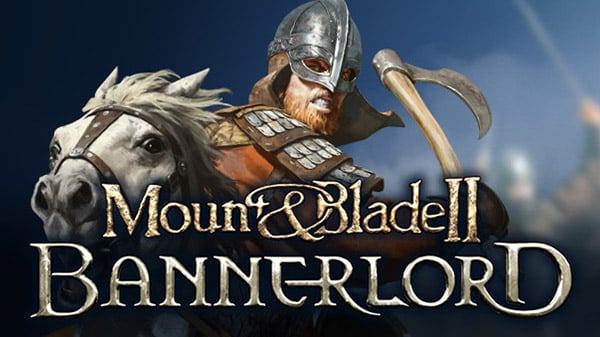 Prime Matter, the new publishing label under Koch Media, will publish TaleWorlds Entertainment-developed action RPG Mount & Blade II: Bannerlord for consoles and PC, the company announced. Specific consoles and a release date were not announced. It will be available both physically and digitally.

The horns sound, the ravens gather. An empire is torn by civil war. Beyond its borders, new kingdoms rise. Gird on your sword, don your armor, summon your followers and ride forth to win glory on the battlefields of Calradia. Establish your hegemony and create a new world out of the ashes of the old.

Mount & Blade II: Bannerlord is the eagerly awaited sequel to the acclaimed medieval combat simulator and role-playing game Mount & Blade: Warband. Set 200 years before, it expands both the detailed fighting system and the world of Calradia. Bombard mountain fastnesses with siege engines, establish secret criminal empires in the back alleys of cities, or charge into the thick of chaotic battles in your quest for power.

“Mount & Blade II: Bannerlord is having a very successful Early Access period and we are blown away by the interest and support of our community,” said TaleWorlds Entertainment founder Armagan Yavuz in a press release. “As we get closer to the official launch, our priority is to make Bannerlord accessible to all gamers, and retail is a big part of that. We are happy to partner with Koch Media and entrust them with this important responsibility, and have full confidence they will help us to serve our gamers in the best possible way.”

KOch Media global communications manager Niklas Kaeding added, “We are delighted to team up with TaleWorlds for this upcoming release. Mount & Blade II: Bannerlord is a highly awaited title throughout the gaming community. The unique gameplay mix in a medieval setting has proved to be a successful formula in the past which makes it a perfect fit for the newly founded premium games label. We are looking forward to bringing this game to global retailers.”