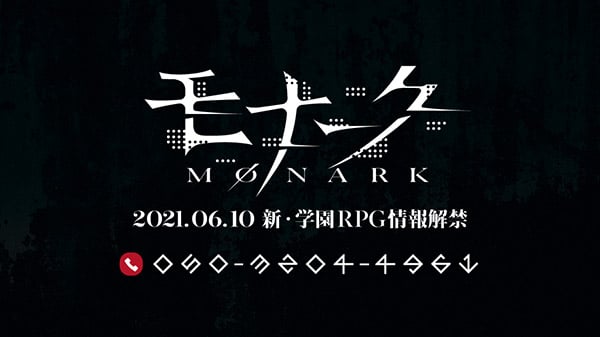 The teaser website and official Twitter and LINE accounts for Monark, the “new school RPG” from former Megami Tensei and Shin Megami Tensei teased for a June 10 announcement in the latest issue of Weekly Famitsu, has been opened.

The website features a number of names, most of which are illegible. The only four that can be made out are as follows:

The website also includes the Japanese phone number 050-3204-4961. If you call the number, you will hear some struggling and a scream, followed by a man saying something like, “Finally. I’ve been waiting for you, my foolish, silly, precious child.”

The source code of the website contains the text: “Four choices. Four fates. The choice is your ego’s to make. Abandon all hope, ye who enter here.” The common name of the domain seems to be cs.furyu.jp (thanks, @Renka_schedule), suggesting it is a FuRyu title.

The publisher, developer, and platforms for Monark have yet to be officially announced.