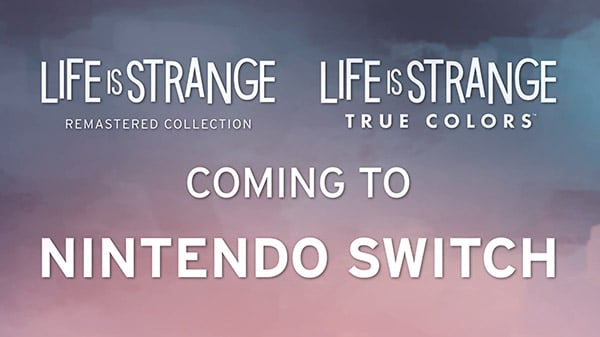 Life is Strange: True Colors and Life is Strange Remastered Collection will launch for Switch alongside their previously announced versions on September 10, publisher Square Enix announced.

Here is an overview of each game, via Square Enix:

Play as Max Caulfield, a photography senior who discovers she can rewind time while saving her best friend Chloe Price from a violent altercation.

The pair soon find themselves investigating the mysterious disappearance of fellow student Rachel Amber, uncovering a dark side to life in Arcadia Bay. Meanwhile, Max must quickly learn that changing the past can sometimes lead to a devastating future.

Life is Strange: Before the Storm Remastered (Steam page)

Life is Strange: Before the Storm returns with remastered visuals across characters & environments.

Set three years before Life is Strange, you play as sixteen-year old Chloe Price who forms an unlikely friendship with Rachel Amber, a beautiful and popular girl destined for success.

When Rachel learns a secret about her family that threatens to destroy her world, it is her newfound friendship with Chloe that gives her the strength to carry on.

No longer alone the girls must confront each other’s demons and together, find a way to overcome them.