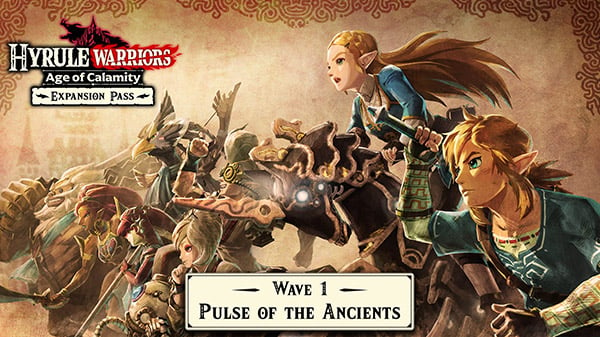 Here is an overview of the content, via Nintendo.com:

The Hyrule Warriors: Age of Calamity Expansion Pass kicks off in June with an expanded roster, newly added weapon types, and challenging enemies. Stop by the Royal Ancient Tech Lab to test yourself with new challenges to unlock weapons and new helpful features! Then, dominate the battlefield as the new playable Battle-Tested Guardian or try out the added weapon types—the Flail for Link and Master Cycle for Zelda. These new combat styles will come in handy in the new Apocalyptic difficulty and against added enemies like the bomb-throwing Moblin and a Giant Chuchu.

Hyrule Warrior: Age of Calamity is available now for Switch.