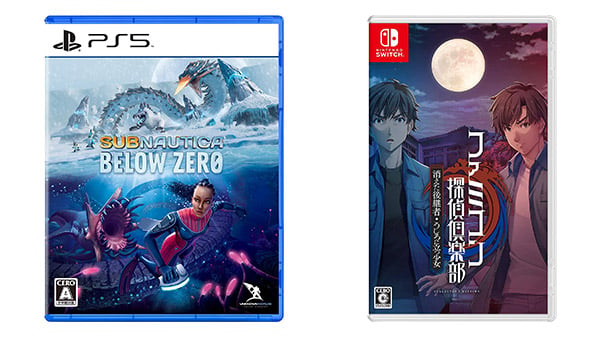 Famicom Detective Club: The Girl Who Stands Behind + The Missing Heir for Switch, and Subnautica: Below Zero for PlayStation 5, Xbox Series, PlayStation 4, Xbox One, Switch, and PC are the highlights of this week’s Japanese video game releases.