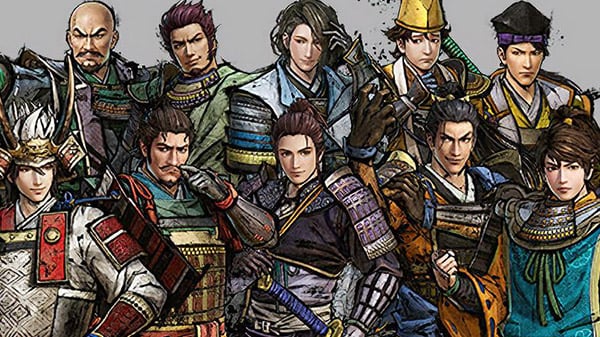 These characters feature unique graphics, but since they are supporting cast members and not part of the main storyline, they do not have the unique “Power Attacks” and other features that the previously announced 27 characters employ in battle.

The newly announced characters are as follows:

In contrast to his brother, he is a very calm and modest young man. While he admonishes Nobunaga for his recklessness on a daily basis, he respects him and occasionally goes into battle with him in order to provide support.

He highly honors loyalty and will do anything to allow his lord to be victorious. Eventually he would serve Takeda, and would stand in the way of the Oda and Tokugawa families for many years to come.

He both respects and fears his father. He would eventually become the head of the Takeda family, battling with all of his might in order to protect his family name, which his father had worked so hard to build up over the years.

His entire family honors military prowess above all else. He works to support his family alongside his resourceful brother Takakage Kobayakawa. He loves taking part in battles and always anticipates taking on strong foes.

He is set to succeed his father, who passed before his time, as the head of the Mori family. He greatly respects Motonari, his grandfather who raised him, and works hard every day in order to be a great head of the family like him.

The great daimyo of Mino.

He worked his way up to become a great daimyo, and is now known as “The Viper of Mino.” After battling Nobunaga, he recognized how extraordinary he was and asked him to marry his daughter. However…

Due to his arrogance, he is not well liked by his family, and Dosan is quite cold to him as well. When he sees that Dosan begins to support Nobunaga more than him, his discontent begins to grow.

The great daimyo of Echizen.

Even during the turbulent times of the Sengoku period, he is known as a pacifist who is greatly against fighting. His goal is to keep Echizen as a peaceful place, and has no interest in ruling the country. During Mitsuhide’s period as a nomad, he welcomed him as a guest samurai and worked with him for a period of time.

The 15th Shogun of the Muromachi Shogunate.

After gaining help from Nobunaga and arriving at the capital, he became a shogun after his older brother Yoshiteru was murdered. While he conducts himself as a member of the shogunate family, in the face of danger, his cowardly side emerges.

An exemplary warrior who supports the young Yoshiaki. While he is courteous to everyone, he cannot tolerate any enemy of the shogunate family. He has been friends with Mitsuhide ever since he started working with Yoshikage Asakura.