Featuring the post-launch roadmap and more. 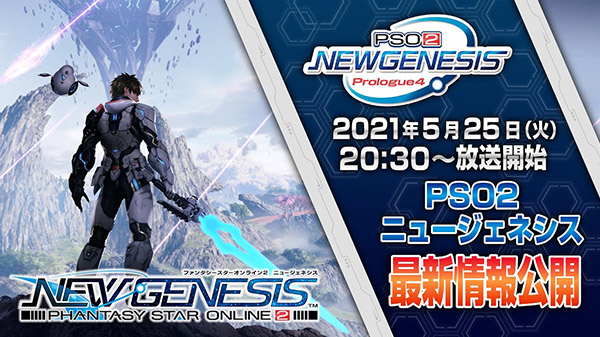 Sega will host the “Phantasy Star Online 2: New Genesis Prologue 4″ live stream on May 25 at 20:30 JST, the publisher announced. You will be able to watch it on YouTube (English, Japanese).

The live stream will feature the latest information on Phantasy Star Online 2: New Genesis, including new fields that were not playable in the closed beta test, characters that appear in the story, scratch items, and more. The post-launch roadmap will also be introduced. Presenters include Yuki Iwai (Haraichi comedian) as the main MC, yunocy (streamer) as the assistant MC, and Hiro Arai (Sega) as the official navigator.

Phantasy Star Online 2: New Genesis is due out in June for Xbox Series, Xbox One, and PC in North America, and for PlayStation 4, PC, and the cloud (Switch and PC) in Japan. Read more about the game here and here.