Plus details on how Monster Riders will collect and enhance their Monstie companions. 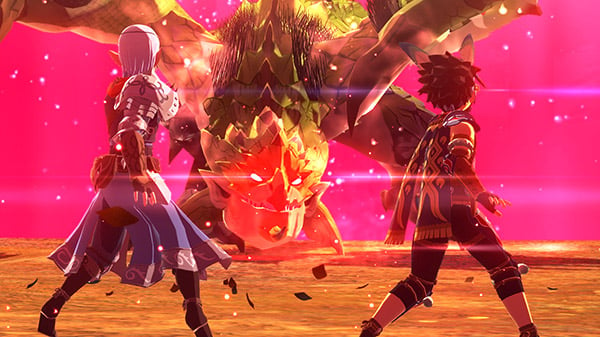 Here are the latest details, via Capcom:

The latest trailer for Monster Hunter Stories 2: Wings of Ruin provided fans with their first glimpse of the rage inducing light that has suddenly begun infecting monsters around the world. The trailer also teased new story details about the protagonist’s connection with Razewing Ratha, the whereabouts of their grandfather the legendary Monster Rider Red, and some returning characters from Monster Hunter Stories. While the connection between the rage rays, the global disappearance of Rathalos and the birth of Razewing Ratha is unclear, players can rely upon the assistance of their Battle Buddy Avinia and her Monstie Frostfang who make their return from Monster Hunter Stories to help unravel the mystery.

In addition to providing more tantalizing story details for fans to chew on, the May Digital Event also provided a first look at how Monster Riders will collect and enhance their Monstie companions. In order to collect new Monstie eggs, players will have to plumb the depths of any Monster Dens they encounter out in the field. Monster Dens come in all shapes and sizes, with rarer dens containing elusive monster eggs which have the potential for hard-to-find genes. After returning to the Stables with new eggs in tow, players can hatch the eggs to discover what new Monstie they’ve acquired, and use the Rite of Channeling feature to transfer unique genes from one Monstie to another. By combining genes of the same element or attack type, players can create a team of incredibly specialized Monsties, or mix genes from different monsters to create a more versatile Monstie, capable of using skills of every attack type and element.