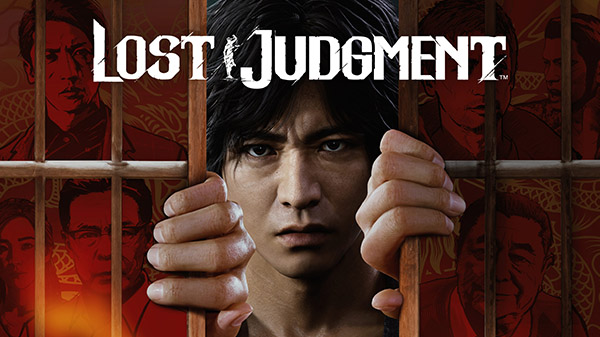 A bystander’s video footage of his attempt to flee the scene and subsequent apprehension is all over the news, and public outcry demands a maximum sentence.

“Three days ago, a dead body was found in an abandoned building in Yokohama. Have you identified it yet?” he proclaims as confusion cuts through the court room.

His defense lawyer, Saori Shirosaki, has no doubt that crucial details of the situation have been overlooked, as Ehara was not even tried for the murder.

She contacts detective Takayuki Yagami to investigate this further.

How could Ehara have committed two crimes at once? Was the sexual battery just a cover up? Has Ehara gamed the entire justice system?

As victims surface and Yagami digs farther into the truth, he is faced with a question: Defend the law, or enact justice? From just a single stumble, one can become a monster…

Find comments from the game’s staff and cast below:

“In this sequel, Lost Judgment, we sought to overcome the many walls we created for ourselves in the first game. The script writing required countless hours to get right and we recorded over 1,000 minutes of voiced dialogue for the cutscenes. Not to mention the pressure to create something even greater than the original. However, we heard from fans around the world who wanted a sequel. And our desire to give the fans what they wanted only grew from there. This time around, the story came about after a lot of heated debated. So I’m confident we’ve created a game unlike anything you’ve seen before. We’ve superseded the original in a lot of ways, and I hope the result is something you enjoy.

“I’m Takuya Kimura, and once again, I’m playing the role of detective Takayuki Yagami. In the previous game, Yagami flexed his powers of deduction and his action-packed skills to solve cases. But for the sequel, he’s really stepped up his game. Yagami is still working as a humble detective in his corner of Kamurocho when he gets caught up in a huge mystery caused by a guilty verdict handed down in court. As in the previous game, the story is deep and suspenseful, but this time the story also concerns a high school, which allows for a variety of new stories, including lighter, comedic elements, too. I’m sure you’ll be able to enjoy the sequel. I hope you’ll join us for the action-packed journey of Lost Judgment. Thank you.

“For the next Judgment installment, in addition to Kamurocho, we’ve added Yokohama as a new location in the game. Yokohama is Japan’s foremost port city. With its mix of big city attractions and dark underground areas, the city reveals different sides of itself depending on the time of day. Additionally, one of the most important new locations in Yokohama is a high school. And it’s not just the exterior. We’ve modeled classrooms, hallways, faculty rooms, and the gym in great detail. For those of you that might consider your school days a distant memory, maybe this will take you back to what it was like to be a young student.

“The first game’s combat was well-received, so we’ve really powered it up for the sequel. When faced with multiple opponents, you’ve got a perfect multi-directional and acrobatic style. ‘Crane.’ While in this style, you can send entire groups of enemies flying in a single move. Or you can use a style built for power. Showing its real potential in one-on-one fights is the ‘Tiger’ style. Rain down lightning-fast blows against your foes, leaving them no opportunity to counter and overwhelming them with raw fury. Finally, in addition to the two returning styles, we’re introducing a new style: ‘Snake.’ Lie in wait for your opponent to strike and turn their attacks back against them. It’s a graceful and easy to use style.

“Investigations, which are unique to this series, have also received an upgrade. Tail, chase down, and use disguises against suspects to solve the mysteries that only get deeper as they unfold. The sequel has new actions, showing off Yagami’s athleticism, stealth, and wiretapping skills. We hope players enjoy taking advantage of new ways to approach investigations. Scramble up buildings, sneak by enemies, and seek out valuable information as you travel between Tokyo and Yokohama.

“Yagami will also be going undercover at the high school to discover essential information to solve the case. In this capacity, Yagami interacts with students from all walks of life to help them out, and unlocks optional side content called School Stories. In contrast to the serious main story, School Stories are full of laughs, tears, struggles, and maybe even a little suspense, too.

“As you take on the action-packed challenges of the main story, we hope you’ll enjoy the unique side of Yagami revealed through his school interactions.”

Watch the announcement trailer below. View the first screenshots at the gallery. Visit the official website here: English, Japanese.