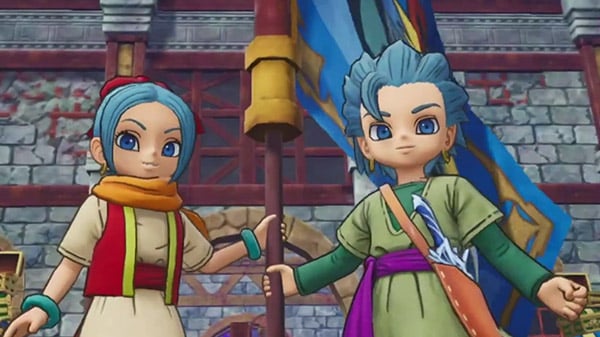 Square Enix announced RPG Dragon Quest Treasures, which stars Erik and Mia from Dragon Quest XI: Echoes of an Elusive Age, during the Dragon Quest 35th Anniversary Special live stream. A release date was not announced, but a simultaneous worldwide release is planned.

The game explores the childhood of the siblings Mia and Erik from Dragon Quest XI: Echoes of an Elusive Age. as they embark on a treasure hunting adventure in another world.

Here is a message from producer Taichi Inuzuka:

You may have seen us show of the designs for Erik and Mia as children before, and through various twists and turns, they have become the lead characters of Treasures.

I can’t reveal too much about the game at the moment, but I can tell you some important key themes: “Erik and Mia’s childhood,” and “treasure hunting.”

It’s an RPG, but nothing at all like a traditional one, and that’s just about all I can say right now.

The release date and the platforms it will be playable on are as yet unannounced, but we’re working closely with [Dragon Quest game designer Yuji] Horii to make a worldwide simultaneous release happen.

We’ll bring you more information at a later date. That was the new spin-off of the Dragon Quest series, Dragon Quest Treasures.