Action platformer gets a release date. 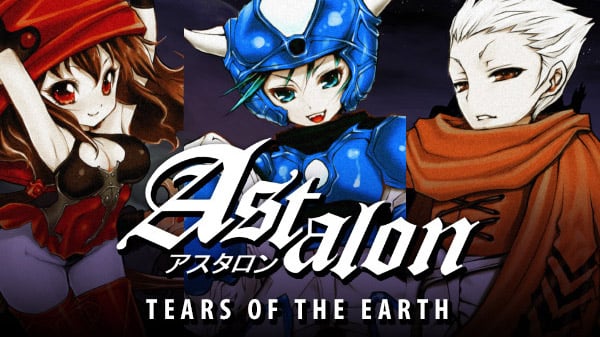 Action platformer Astalon: Tears of the Earth will launch for PlayStation 4, Xbox One, Switch, and PC via Steam on June 3, publisher Dangen Entertainment and developer LABSworks announced.

Astalon: Tears Of The Earth is an action-platformer set in a dying world where life is cruel, but death can be a stepping stone to victory! Use the unique skills and weapons of Arias the fighter, Kyuli the rogue, and Algus the wizard, to surmount the mysterious tower and find the answers to their survival. Slay terrible monsters, discover powerful artifacts, and solve fiendish puzzles, reaching new heights in the tower with the aid of a Titan. Follow a story about friendship and sacrifice, building up the courage to take down giants to protect the weak and powerless. Strengthen your party and change their fate by embracing death. Discover the countless secrets of the Tower of Serpents!

Three heroic explorers wander the post-apocalyptic desert on a mission to save their village from despair. They soon find a dark, twisted tower that has risen from the depths of the planet and seemingly holds the key to their survival. In order to ensure their victory, one of them has made a secret pact with the Titan of Death, Epimetheus, allowing them to reincarnate until they have accomplished their mission. But what fate lies in store for the heroes and their village?