Roguelite deckbuilder Rise of the Slime launches for PS5, Xbox Series, PS4, Xbox One, Switch, and PC this spring 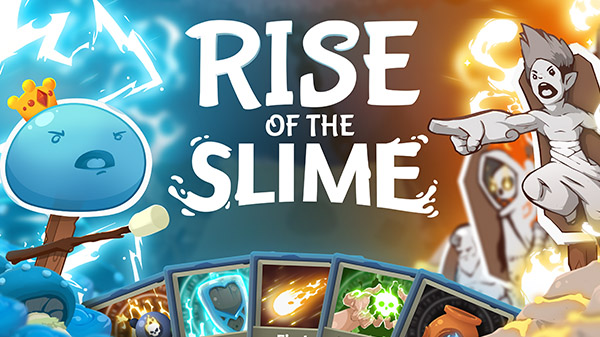 Roguelite deckbuilder Rise of the Slime will exit Early Access for PC and launch for PlayStation 5, Xbox Series, PlayStation 4, Xbox One, Switch, and PC via Steam this spring, publisher Playstack and developer Bunkovsky Games announced.

Offering a unique mix of deep, tactical deck-builder gameplay with the chill vibes of a side-scrolling adventure, Rise of the Slime plonks your squidgy hero in an enchanted and dangerous world. Help Slime overcome the odds by playing insanely powerful cards in turn-based, positional combat against a bunch of baddies—though you just might feel terrible dousing them with acid.

With the help of fancy hats and pet companions to spice up your adventures, you’ll traverse beautiful and exotic lands, from sizzling fire swamps to toxic marshlands to a breezy unfurling garden populated by sexy radishes!