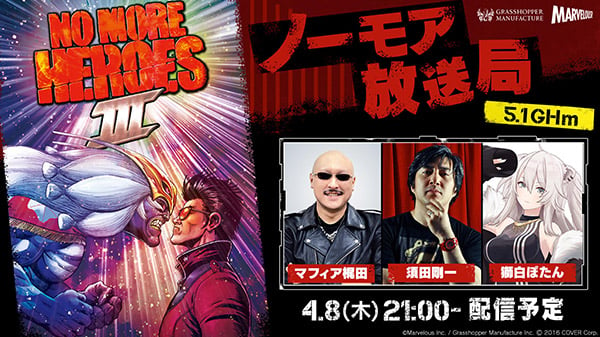 Marvelous will host the No More Heroes III official live stream “No More Broadcasting 5.1 GHm” on April 8 at 21:00 JST, the company announced. You will be able to watch it on YouTube and Twitter.